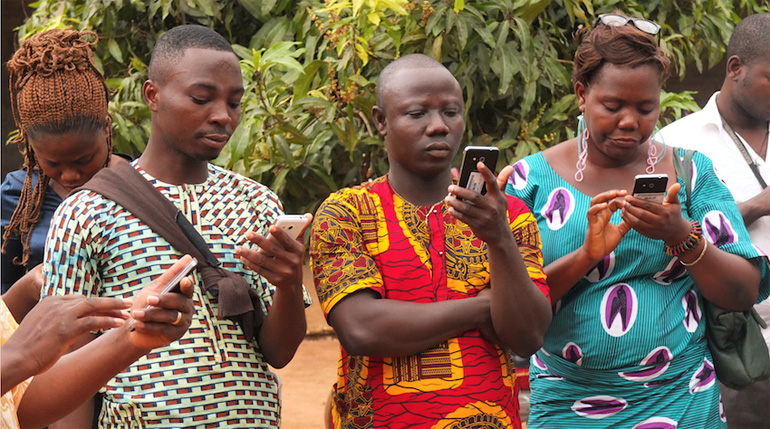 Last month not-for-profit foundation Akvo fulfilled its contract with the Ministry of Water in Benin, including the creation of an online water atlas on water facilities across the country.

For the water atlas Akvo complied interactive maps covering all rural and small town areas. This resulted is EauRuraleBenin.org, which is now live.

The ministry also used Akvo FLOW to register public water points in the rural areas of six departments in Benin.

In total, almost 20,000 data points have been collected by 70 enumerators (see top photo) since the first training in November 2014. 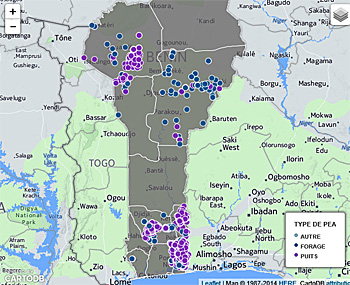 Interactive map with locations of autonomous water points, in blue the drillings, in purple the wells.

Own update of website
Akvo created an Akvo site wordpress template for the ministry itself to be able to update the atlas. Three employees have been trained for four and half days for this.

During this training a range of new ideas and functionalities were proposed. The ministry asked Akvo to create a functionality with which people from the different departments could download directly a set of filtered data in Excel, pdf, and/or print directly.

Creating this feature means the database department can now refer to the water atlas when people come to them requesting specific data, which saves them a lot of time.

From the Akvo point of view, this part of ownership is important and it is nice to see how data comes together in a online environment that is accessible to everyone.

This year a similar online water atlas will be created for Mali.

This news item was originally published as a blog on the website of Akvo.

Explanation - in French - of the website EauRuraleBenin.org by Raouf Bouzounon of the Ministry of Water in Benin.

Photo by Giel Hendriks and video by Lars Heemskerk.