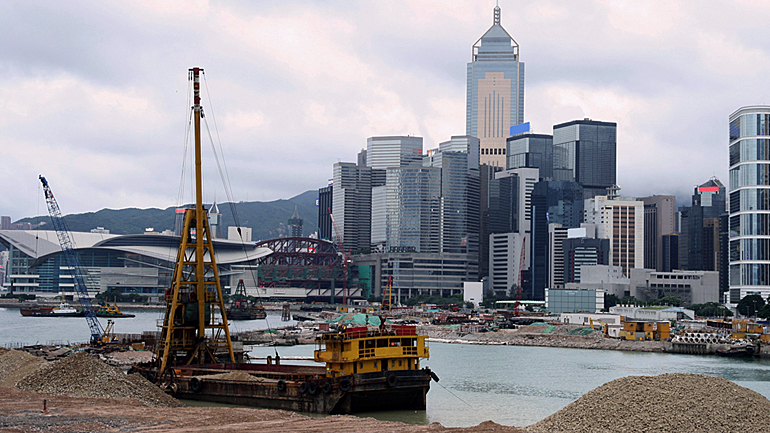 International consultant Arcadis presented Hong Kong the option to create a polder as a mean to tackle the issue of land scarcity. Hong Kong wants to build a group of islands and considers the usual reclamation by infilling with sand.

Piet Dircke of Arcadis presented the polder method to the Hong Kong General Chamber of Commerce as a much cheaper alternative to create this new land. 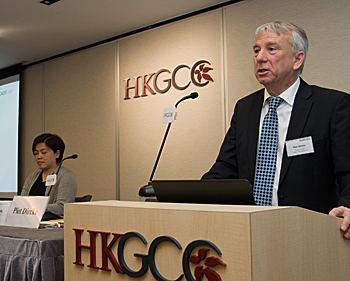 Less upfront construction costs
A polder is created by building a dike around the area to be reclaimed and draining water from it, creating a low-lying tract of land below sea level. The water levels in the polder are controlled by drains and pumps.

Compared to the traditional method of infilling with sand, this will reduce the amount of sand needed for reclamation and save on upfront construction costs.

In his presentation Dircke said: "There is huge opportunity for Hong Kong to consider alternative, more cost-effective and sustainable methods of land reclamation. I am excited to be sharing the Polder concept along with coastal resilience, a solution that can improve quality of life in Hong Kong for its citizens."

Understanding the risks of a polder
According to Arcadis the Hong Kong administration needs to understand that should it decide to construct a polder, it is important that the community has a full understanding of the potential risks and benefits. 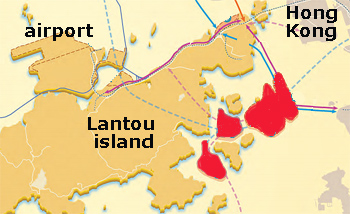 Three islands (in red) planned on the south side of Lantou island.

As a Dutch consultancy, Arcadis has been involved with Polder developments for over a century, providing design and construction inputs to almost all polder projects in the Netherlands, as well as in other countries.

Hong Kong is no stranger to land reclamation with the first project undertaken by the British colonial authorities in 1851. Now around 6% of Hong Kong’s total area is reclaimed land, accommodating about 27% of the city’s population, and as much as 70% of Hong Kong’s commercial activities.

First polder in Singapore
Singapore is currently constructing its first polder to reclaim land on Pulau Tekong island. When the polder is completed around 2022, it will add an additional 810 hectares of new land to Singapore.

Dutch research institute Deltares and consultancy firm Royal HaskoningDHV have supported the Singapore authorities with an environmental study and an extensive review of the detailed design and contract documents.

This news item was originally published on the website of Arcadis Asia.