Boskalis and Van Oord to construct artificial island off the coast of Jakarta, Indonesia

A joint venture of dredging companies Boskalis and Van Oord has been awarded a contract by property developer PT Muara Wisesa Samudra to design and construct the artificial island for Pluit City off the coast of Jakarta, Indonesia.

The contract carries a value of approximately 350 million euro, each partner sharing 50%. 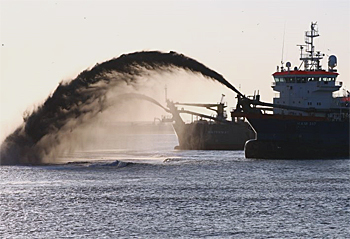 Soil improvement and rock revetment works also form part of the project. Work will commence immediately and the project is expected to be completed in 2018. 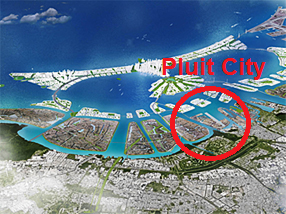 Pluit City is part of a series of 17 artificial island already under development. Additionally a Garuda shaped Dutch-Indonesian NCICD-masterplan has been proposed for an integrated
coastal defence (in white).

Independent metropolitan city
Pluit City (see artist impression above) is part of the development of 17 artificial islands in Jakarta Bay.

The new island will be used for both residential and commercial purposes and will be the first artificial island in Indonesia to be built as an independent metropolitan city.

Consultant for the reclamation project is the Dutch firm Royal HaskoningDHV.

This news item was originally published on the websites of Boskalis and Van Oord.