What are you looking for?
News 1 September 2015 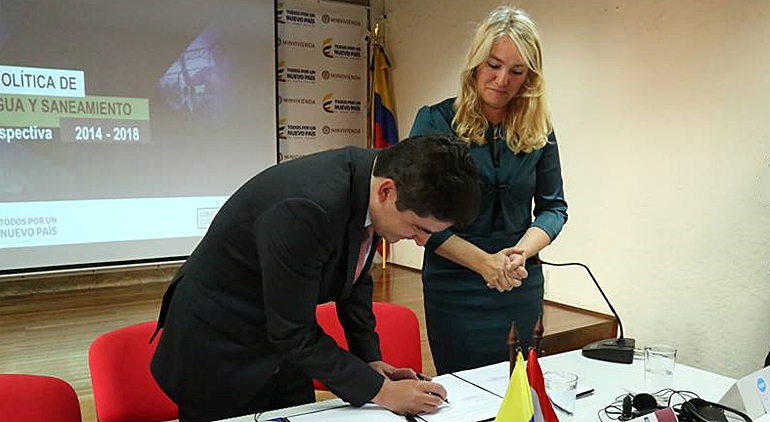 Colombian minister of housing, city and territory, Luis Felipe Henao Cardona and the Dutch minister of environment and infrastructure, Melanie Schultz Van Haegen, signed a memorandum of understanding to strengthen cooperation in the areas of drinking water, sanitation and clean rivers in Colombia.

The signing ceremony took place in Bogota on 31 August. 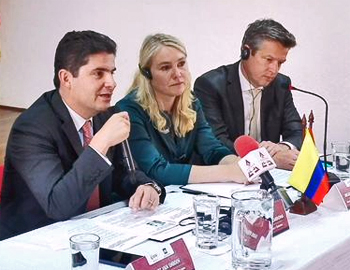 Desalination with wind power
"This agreement has two fundamental purposes", said Colombian minister said Henao Cardon on this occasion. "To learn about the technology to desalinate water at lower cost and with wind power. This will start with the largest project in Latin America in this area, which will be on coral islet Johnny Cay. The idea is to bring this technology also to the coastal department of Guajira."

The second objective of this memorandum of understanding is to improve Colombia's performance on pollution prevention of rivers.

The supply of surface and ground water resources for human consumption, the treatment of domestic waste water and solid waste management, are some of the topics that are also incluced in this bilateral agreement. 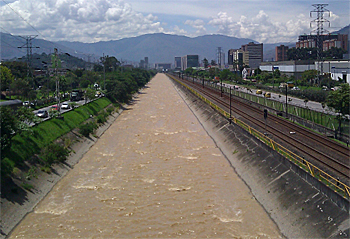 Colombia is about to complete the Medellín River Sanitation Program that includes the construction of several waste water treatment plants.

National development plan
Minister Henao Cardona, said that this agreement fits within the strategies and challenges defined by president Juan Manuel Santos in the National Development Plan of equality, education and peace, to advance the goals.

"The cooperation between countries will help us to reduce the social and economic gaps between rural and urban, to improve the conditions of strategic areas with the highest rates of poverty, such as the Caribbean and the Colombian Pacific, contribute to green growth especially in the Andean region where most of the population is concentrated, and prepare the country for mitigation and adaptation to climate change", said the housing minister.

Colombia and the Netherlands started their cooperation on water management in 2013 and have already conducted many joint activities.

This news was originally published on the website of the Colombian Ministerio de Vivienda, Ciudad y Territorio (in Spanish).