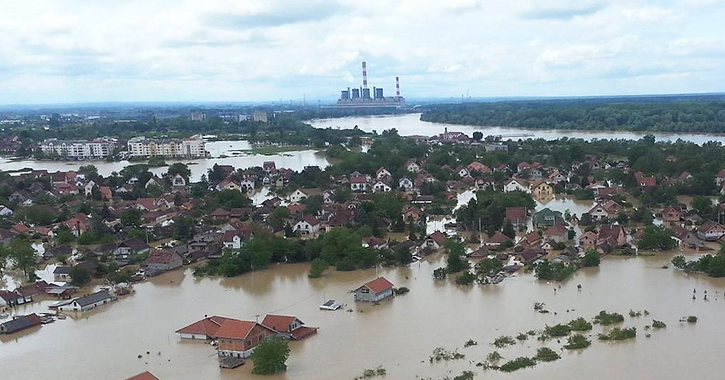 The Sava-FFWS system is to provide more accurate information with a long lead time, enabling the five countries involved to take the right management decisions and implement operational measures to prevent and mitigate severe flood and drought situations.

The efforts of the consortium will focus on three aspects: how to establish an effective organisational structure, delivering the right information at the right time and to the right place, and training for the relevant stakeholders. 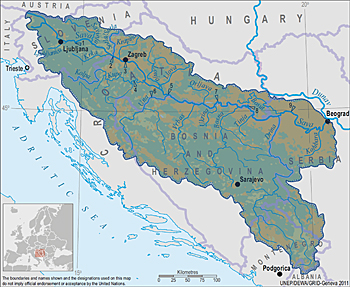 Bridging the national differences
The Sava-FFWS is a very special project because the Sava river basin (97,700 km2) is shared by five countries: Slovenia, Croatia, Bosnia and Herzegovina, Montenegro and Serbia, while a very small area of the basin area also extends to Albania.

Each country has its own models, monitoring systems, forecasting systems, water authorities and interests. An effective FFWS has to bridge the differences and support collaboration in the field of water management.

Assessments of the total damage in the area range up to 3.8 billion Euros. The events led to a major international aid campaign, with numerous countries, organisations and individuals sending humanitarian, material and monetary support to the affected areas. 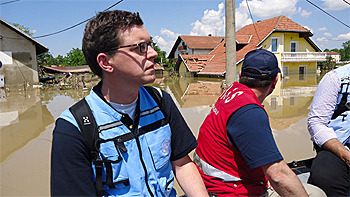 Flood expert Mathijs van Ledden of Royal HaskoningDHV inspecting the situation after the flooding in 2014 on behalf of the United Nations.

Hydrological and hydraulic models
Hanneke Schuurmans of Royal HaskoningDHV, hydrometeorologist and project leader on this project, recalls the devastating impact within the Sava river basin. "Safer communities in future – spread across five countries – are our biggest win through this flood forecasting and warning system as a partner in this consortium. Royal HaskoningDHV’s main contribution is the integration of multiple numerical hydrological and hydraulic models within the Sava river basin that forecast the expected water levels and flood extents."

Severe droughts
The Balkan region has recently suffered from not only flooding but also from severe droughts. 2012 was one of the driest years in the past four decades. And in 2015, the year after the major floods, the area was afflicted by droughts that caused wildfires, destroyed forests, affected electricity supplies and caused enormous agricultural damage. 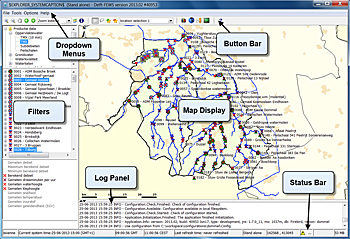 FEWS-software
The FFWS system consists of multiple numerical hydrological and hydraulic models to simulate the expected flows and water levels throughout the Sava river basin.

It will be built on the Delft-FEWS software, an open software infrastructure for operational water management and forecasting of which the intellectual properties is owned by Deltares.

Klaas-Jan van Heeringen, project leader at Deltares: "This project brings together all the current state-of-the art knowledge about hydrological forecasting itself, as well as the expertise required to use a system like this effectively if conditions get challenging".

This news item was originally published on the website of Deltares and Royal HaskoningDHV.