COP24: Every city on board to make urban climate adaptation happen worldwide 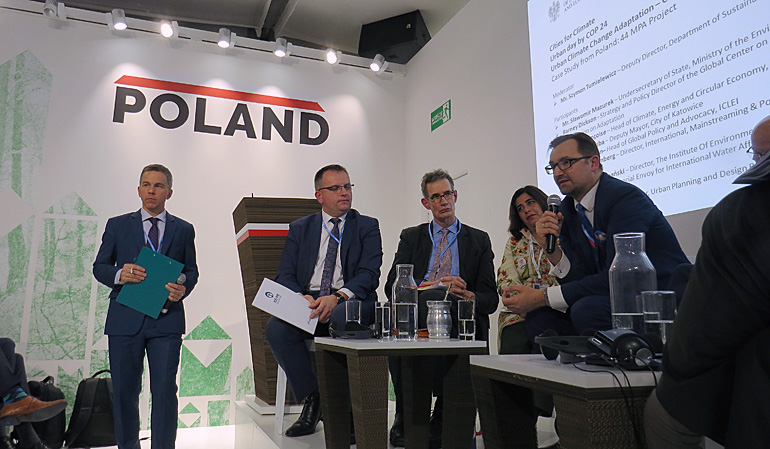 "Every city has a different perspective. It is important to recognise that, but we also need to mainstream national adaptation plans. To achieve sustainable and resilient cities globally, we need something similar to the Paris agreement", said Undersecretary of State Slawomir Mazurek of the Polish Ministry of Environment at the climate summit COP24 in Katowice, Poland on 8 December.

Mazurek made his contribution on Urban Day at the Polish pavilion during a session on urban climate adaptation, organised in cooperation with the Netherlands Water Partnership (NWP). 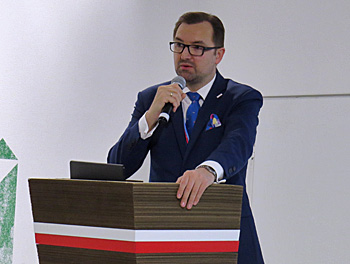 Undersecretary of State Slawomir Mazurek of the Polish Ministry of Environment talked about the need for national governments to support cities on urban climate adaptation.

Combining with other objectives
The session highlighted the many different accents on climate adaptation in various cities and the need to incorporate adaptation policies in other social-economic development. By combining different objects, climate adaptation will not only become cheaper but also more accepted by citizens, as was appraised by many of the session’s panellists.

The COP22 in Paris was historical on climate change, remarked Mazurek, but it are the municipalities that had to adopt to a carbon-low infrastructure and to involve their citizens. In this respect climate adaptation is not different from climate mitigation.

National governments can help cities to become more resilient to climate change, he remarked and referred to the 44 Polish cities programme as an example. All 44 cities have developed their own adaptation plan, with the national government providing support, such as an overall programme on finance, organisational capacity, central data collection and analyses. 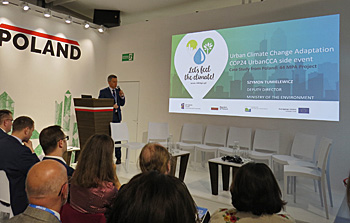 Chairman of the session, Szymon Tumielewic, gave an update on the 44 Polish cities climate adapation programme.

Tailor-made adaptation
Mayor Mariusz Skiba of the host city of Katowice explained that air pollution has top priority in his town. The bad air quality can be improved by mitigation measures such as electric busses, but also by adaptation measures such as green roofs. Green roofs and green yards, not only improve the air quality but they also improve the drainage of his city, the mayor said.

As a good example, Skiba mentioned the green roofs on a part of the conference building where the COP24 takes place.

Dutch water envoy Henk Ovink mentioned the efforts of the Water as Leverage programme, initiated by the Dutch government. Six teams with global experts and local representatives have worked on ‘transformational’ and ‘bankable’ adaptation projects in the cities of Semarang (Indonesia), Chennai (India) and Khulna (Bangladesh).

Ovink told that financial institutes have now joint the teams in detailing the proposals, to make sure that the final versions will be attractive for investors. 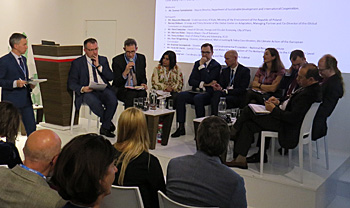 An expert panel highlighted the need to incorporate city adaptation plans in other policy fields, such as health, transport and recreation.

Raising the bar
Panellist Elena Visnar-Malinovska, Head of the Adaptation Unit of the Directorate-General for Climate Action at the European Commission remarked the commission has already earmarked large funds for climate adaptation in future budgets.

Hopefully this will raise the bar, she remarked. She also advocated cities to combine their mitigation and adaptation measures to ‘prevent stranded assets as much as possible’

Wider context
According to Barney Dickson, Director of Strategy and Policy at the Global Centre of Adaptation (GCA) his newly formed centre has climate adaptation on its agenda as seprate track to report to the United Nations by June next year. "Cities matter on the global scale but they must built in their adaptation plans into a wider context", Dickson said, As an example he mentioned health care and transport, "This will result in lower costs", he assured.