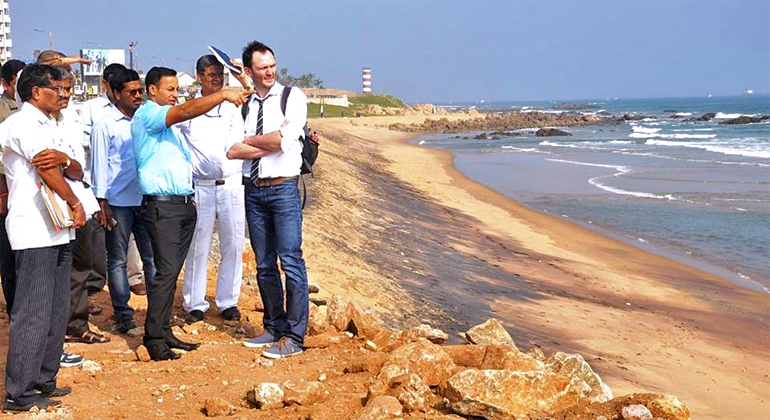 The Greater Visakhapatnam Municipal Corporation (GVMC) has requested research institute Deltares to review a study on the erosion problems in the 6 km long coastline, north of the city's harbour.

The city Visakhapatnam is situated along the East coast of India, on the Bay of Bengal and suffers from severe erosion.

Over the last two decades it lost about 50 m of beach. Earlier this year, high tide washed out large parts of its beach road. 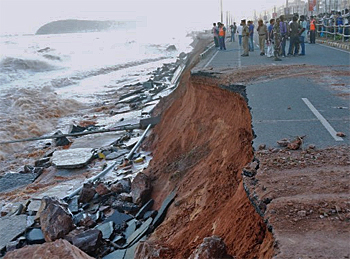 A large part of the city's beach road was washed away at high tide in February 2015.

Permanent solution
The Indian National Institute of Ocean Technologies (NIOT) has suggested a permanent solution to put a halt to the erosion. Deltares has been asked for a technical review of the suggested solution.

In the meantime the city will take a temporary measure and start a beach nourishment later this month.

Work on the permanent measures is expected to start by the end of next year.

Restore natural sediment balance
Following the field visit Giordino indicated that the main reason for the erosion problems is related to the disturbance to the original sediment balance, mainly induced by human interventions, such as harbour constructions.

According to Giordino the only possible and sustainable intervention is to restore the natural sediment balance.

Deltares will submit a detailed report within four months.