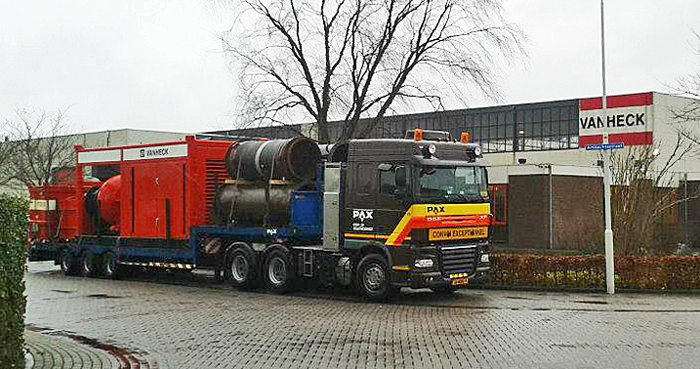 Director Jeroen van Heck is already on location to coordinate what is to become the biggest flood relief operation in the history of his company.

Thursday, February 6
At 5:00 am, the first trucks are loaded and leave for the flooded area, south of Bristol.

Saturday, February 8
Environment Agency orders a second shipment of HK700 pumps for another location within the disaster area. Van Heck works day and night to get a convoy of 30 trucks with 20 pumps on the road to the UK. 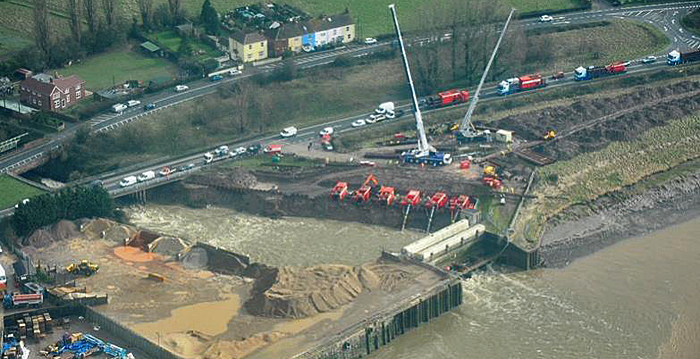 Monday, February 10
Cranes lift the eight Dunball Giants into place at the end of King's Sedgemoor Drain next to a sluice gate to the Parrett river. 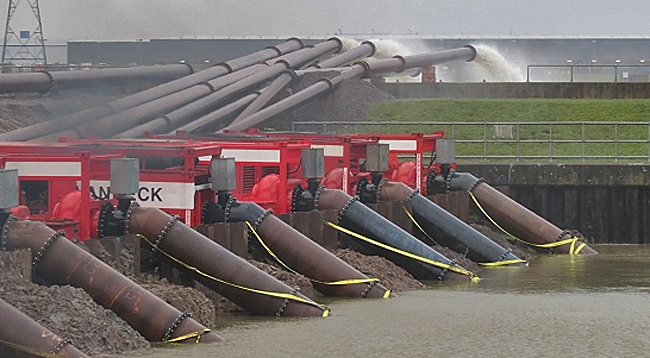 Friday, February 14
The impressive line-up of eigth massive pumps is put in operation at Dunball. When the tide allows the Kings Sedgemoor Drain flows under gravity and releases up to 69 tonnes of water per second from the flooded area into the River Parret. With the Dutch pumps running, this increases the discharge rate by about an additional 15 tonnes per second, disregard the tide-lock. 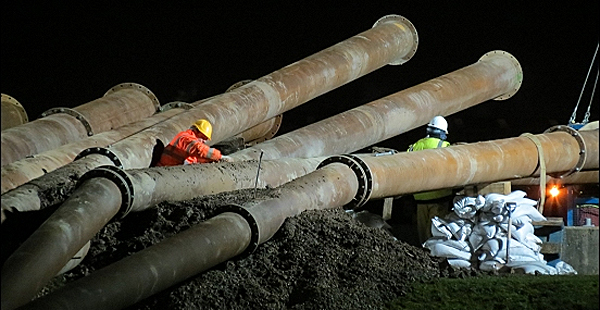 Sunday, February 18
The pumping at Dunball is stopped temporarily because of scour damage to the bank on the River Parrett. Steel shipping containers filled with ballast are placed in position to stabilise the damaged ground.

Wednesday, February 19
The Dunball Giants are switched on again.

Prime minister David Cameron (left on photo) returns to Somerset Levels for an update on how the county is coping with the floods. He also visits a temporary pumping station at Langport where one of Van Heck's 20 pump is up and running. 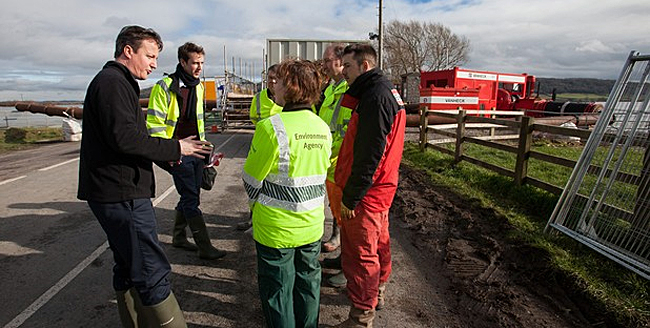