A Dutch consortium of government, companies, knowledge institutes and NGOs has joined forces to help Rio de Janeiro to structurally clean up their polluted Guanabara Bay. This polluted bay will be the scene of the OIympic water sports venues in August 2016.

On 30 June a Dutch delegation presented the 'Clean Urban Delta Initiative' to the secretary for the environment of the State of Rio de Janeiro André Corrêa.

Many athletes have expressed their concerns about the 'plastic soup' floating around in Guanabara Bay, and also the Lagoa Rodrigo de Freitas, the Olympic rowing venue, is facing environmental problems. 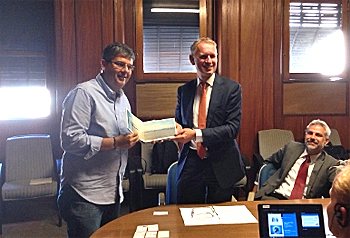 Joined forces
The Brazilian authorities are therefore faced with an enormous challenge. In response to this the Dutch consortium and the Consulate in Rio organised a seminar with Brazilian stakeholders about an integrated and concrete approach in March of this year.

As a first step, the Netherlands and the State of Rio de Janeiro concluded a 'Memorandum of Understanding' aimed at monitoring the contamination in the bay.

Innovative approach
The Dutch offer is special because of its integrated approach: not just stopgap solutions, but cleaning up as well as working together with the Brazilians to create a circular economy. The waste and sewage that are now causing the contamination no longer have to end up in the bay.

Targeted innovative projects can create value from waste and generate new businesses and employment. A good example of a concrete and sustainable approach!

The World Bank and the Inter-American Development Bank are so enthusiastic about the Dutch approach that they would like to help make the proposed approach a success.

The 20 concrete and innovative public-private projects that have been proposed require an investment from the Brazilian side, but could eventually generate sufficient value for returns on these investments. 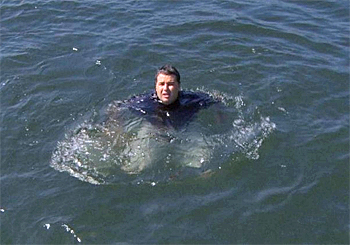 Environmental state secretary Andrea Correa plunged into Guanabara Bay in May to take away worries amongst Olympic sailors about health risks.

Sludge disposal and wetland development
Two innovative solutions proposed by consultancy firm Tauw are:
● a system that quickly and effectively captures plastic waste originating from rivers and inland deltas.
● a system that should ensure that discharged sewage is guided to the salty, fast-flowing sea water, and that fresh water is driven into the port, creating a current.

Both solutions are based on the dredge spoil buffer technology that has already been successfully applied in the Netherlands to develop healthy wetlands.

This news item was originally published on the websites of consultancy firm Tauw and Embaixada do Reino dos Países Baixos em Brasília (in Portuguese).