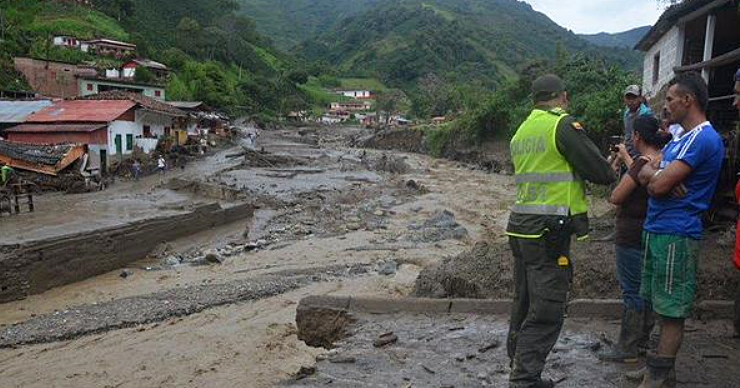 A team of Dutch experts will be deployed to the Colombian province of Antioquia to advice on the prevention of new floods. On 18 May a major flash flood hit the municipality of Salgar.

At least 90 people died in the disaster, making it the deadliest disaster in Colombia since the earthquake in 1999.

The disaster occurred after days of rain in the mountains above the town. The Libordiana River, a tributary of the Cauca River that runs through various villages of Salgar, then flooded upstream and triggered the landslide. 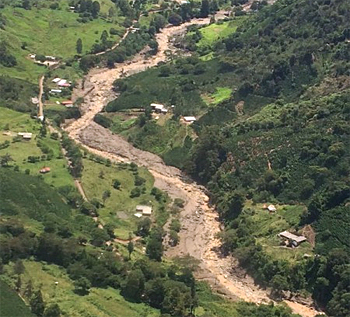 Prevent recurrence
At request of the local Colombian authorities, the Dutch experts will analyse the causes and draw up a plan to prevent new floods.

Dutch minister Lilianne Ploumen of Foreign trade and development: "The effort of the team will be twofold. First of all, it will look at possibilities to avoid more human suffering in the future. At the same time such preventive measures can create a safer environment that allows more economic development. This enhances the livelihood of the people as well."

According to Ploumen the Netherlands has unique expertise in this field as government, knowledge centres and businesses work together closely.

Severe floods in 2010 and 2011
In 2010 and 2011 Colombia was hit by several severe floods which caused a lot of damage. At the personal invitation of the Colombian president Juan Manuel Santos, Dutch flood prevention experts assisted in the development of strategies to decrease the frequency of flooding and restore the river ecosystem.

The collaboration between Colombia and the Netherlands led to the establishment of the Colombian Netherlands Water Partnership.

At the moment, the Corporacion Autonoma Regional del Valle del Cauca - regional authority, supported by a consortium of Dutch experts, led by Dutch-based consultancy firm Arcadis, works on a master plan for the Cauca area based on the Room for the River concept 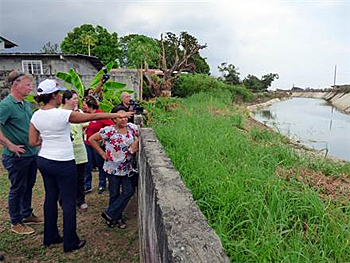 In April a DRR-team visited neighbouring country Panama to assess the problem of flooding in the Juan Díaz, Tocumen and Pacora river basins.

At location of the disaster hit areas the team works closely together with local authorities to develop a strategy to limit the impact of future water-related disasters.

Global Delta Coalition
Earlier this year, Colombia and the Netherlands, together with Japan, initiated the Delta Coalition. This is a partnership of countries with large low lying river delta areas that face similar challenges. The initiative was presented at the World Conference on disaster risk reduction in Sendai, Japan in March of this year.

The three initiating countries agreed to form a coalition of governments and stakeholders for a global advocacy for large river deltas.

Dutch minister Melanie Schultz van Haegen of Infrastructure and environment will visit Colombia this summer and the issue of flood prevention will be high on her agenda. Minister Schultz van Haegen: "These recent floods in Colombia again illustrate how vulnerable people are to flooding worldwide. Instead of rebuilding afterwards, we must prepare ourselves better. By taking measures now, we can prevent floods. The Netherlands wants to assist other countries in doing so."

Aerial video recordings and photos of the river Libordiana, just after the flash flood, taken from a helicopter of the Colombian air force.