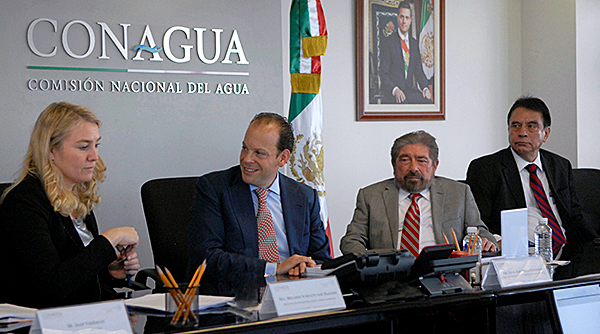 The meeting followed up on the Dutch-Mexican collaboration on water management and the memorandum of understanding (MoU) that was signed in April last year.

Amongst others the delegations of both countries talked about the Dutch risk reduction program on integrated water management. 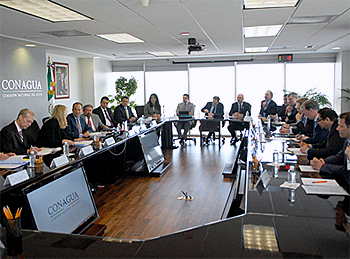 Improving water systems
As agreed in the MoU both countries work together to improve water systems and environmental conditions in Mexico. Minister Schultz (on photo left) and director general David Korenfeld (second left) of Conagua discussed the lines of action for such international cooperation.

One of the lines of collaboration is on flood risk reduction. During the meeting the delegations discussed how to give continuity to the work of the Dutch Risk Reduction team that visited the Mexican states of Guerrero and Tabasco in March 2014 to assess the flood risks.

Mexico was the first country to benefit from this Dutch programme.

Minister Schultz van Haegen explained that collaborating with Mexico presents an unique opportunity for the Netherlands, to be involved in construction of large water infrastructure projects. 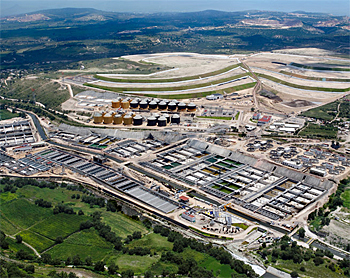 Large water works under construction
The Director General of Conagua noted that Mexico faces great water challenges. However, he assured, mitigation measures are underway and large infrastructure projects are being developed.

The Dutch delegation visited the Eastern Discharge Tunnel, north of Mexico City. The first stretch of 10 kilometers, of this 62 km long drainage tunnel, is already in operation.

The delegation also visited the waste water treatment plant Atotonilco. This plant is still under construction but once operational, it will be the biggest wwtp in the world. serving 10,5 million people.

This news item is based on a press release published on the website of Conagua (in Spanish).