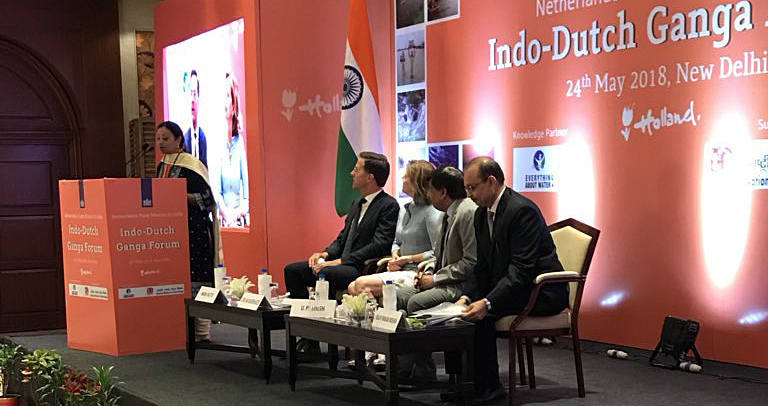 ‘We need worldwide to value water, not only as an economic asset but also for its social, cultural, environmental, and of course, its religious value. All of which are so relevant when working on the holy Ganga river’, said Dutch prime minister Mark Rutte at the opening of the Indo-Dutch Ganga Forum in Delhi, India on 24 May.

He praised the Namami Ganga initiative by Indian prime minister Narendra Modi, aimed at cleaning the 2525 km-long Ganges river. The programme to prevent future pollution and to restore the river has a budget of Rs 20,000 crore (3.1 billion US dollars). 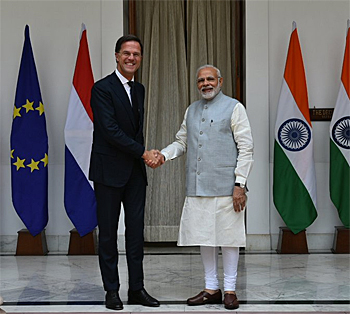 Valuing water
Dutch prime minister Rutte headed a Dutch trade mission and spoke at the forum as a member of the UN-World Bank High level panel on water (HLPW) and leader of the Valuing water initiative.

On the occasion of the forum the Dutch prime minister stressed the need to recognise that clean and sufficient water cannot be taken for granted.

Huge river project
In 2014 the Indian government launched an integrated Ganga conservation mission called ‘Namami Gange’ to prevent pollution of the Ganges River and to revive the river. 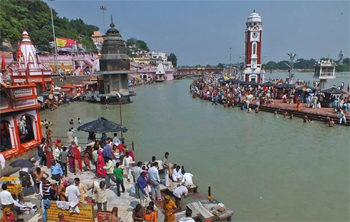 Special about the Ganges river is its religious meaning, here seen at the holy city of Haridwar.

Modernising ports and waterways
On the first day of the trade mission, Dutch minister for Infrastructure and Water Management, Cora van Nieuwenhuizen, attended the Indo-Dutch Forum on Smart and Sustainable Port-led Development in Mumbai.

‘India features a long coastline and an extensive river network that holds a great many opportunities for the logistics sector. In large sections of India, goods transport by water can be an ideal alternative to transport by busy roads,’ she pointed out in her opening address.

‘Dutch companies are eager to assist the Indian government in realising its ambition of modernising the ports and improving waterway connections to the hinterland’, Van Nieuwenhuizen added.

Urban planning on waste and waste water
Dutch municipality of Amsterdam concluded a Memorandum of Understanding during the conference. The Dutch capital will be collaborating with the State of Maharashtra in the fields of urban planning, waste management, waste processing, and water management.

Official video presentation of the Namami Ganga initiative on the website of prime minister Narendra Modi.