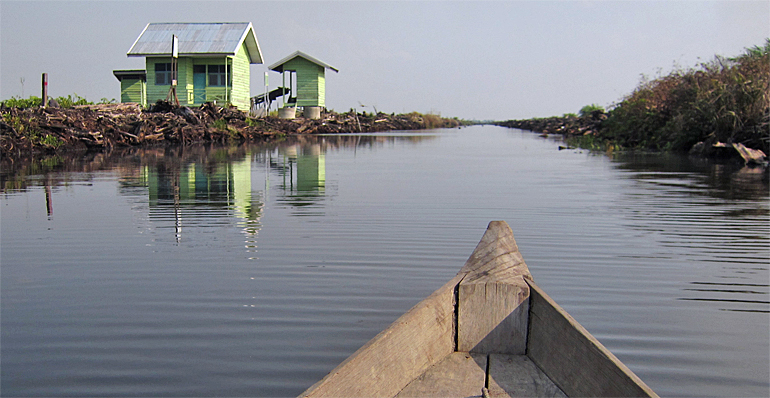 International development consultancy Euroconsult Mott MacDonald received a Green prosperity partnership grant from the Indonesian branch of the Millennium Challenge Corporation to lead a consortium that will restore peatland in the Berbak National Park on Sumatra, Indonesia.

Due to drainage canals and agriculture, the peatland in the bufferzone of Berbak National Park has dried up and its peat is oxidising, releasing large amounts of greenhouse gasses. In 2015 this process was further accelerated by widespread peatland fires.

By rewetting the peatland the emissions can be stopped and fires prevented, and in the longer term the peatland can even start to recapture greenhouse gasses.

The grant agreement was signed by Millennium Challenge Account-Indonesia and Euroconsult Mott MacDonald on 4 December in Jakarta.

Additionally, farmers and entrepreneurs will be assisted in establishing small-scale sustainable livelihood activities in the buffer zone of the national park.

High on the agenda is the sustainability and certification of the existing small-scale palm oil plantations in order to continue to meet the growing demand for sustainably produced palm oil in the world market.

Furthermore the consortium will create capacity among local communities in sustainable water management in peatlands.

All of these activities are only possible with full consent and participation of local communities, and that will be the starting point for all project interventions. 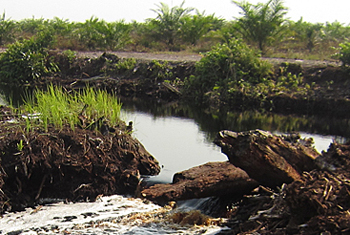 By rewetting the peatland the consortium contributes to Indonesia's commitment to the Paris climate agreement to keep global warming below 2 degree Celsius, with the aim of limiting it to 1,5 degree.

In the long run the restoration will also mitigate peatland fires and subsidence in Berbak landscape area. 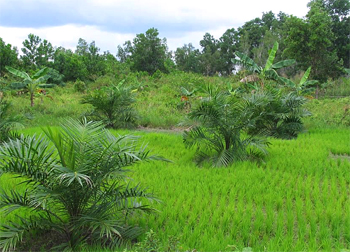 Hari Kristijo of the National development planning agency Bappenas welcomed the grant disbursement. "I hope this project can benefit the environment and the people. On behalf of the government, I will help you with necessary services required to get this project going," he said.

According to Euroconsult Mott MacDonald project director, Hero Heering, the negotiation went very well and set the example for other collaboration. "We have been working in peatland management for quite some time in Indonesia. We hope this project can be a model and example in the future," he said.

Financial blending
Millennium Challenge Corporation (MCC) is an independent US foreign aid agency with an own identity in Indonesia, the MCA-Indonesia.

The project starts in January 2016 and lasts until at least March 2018 when MCA-Indonesia funds end. It is possible that the project will be extended until 2021.

This news item was originally published on the website of MCA-Indonesia both in English and Indonesian.