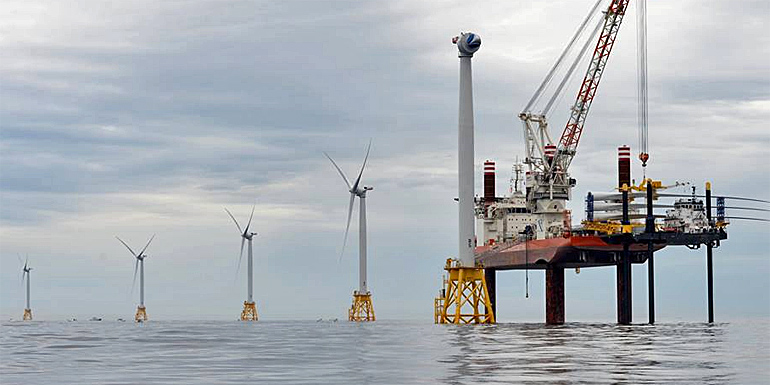 Utility cooperative Vineyard Wind has contracted Dutch offshore service provider Fugro for a marine geotechnical site investigation within the area, offshore Massachusetts, that it leases from the US government to develop a wind park.

In 2015 Vineyard Wind, formerly named OffshoreMW, won the rights to develop this wind farm on 166,000 acres of leased water through a competitive auctioning process held by the Bureau of Ocean Energy Management (BOEM). 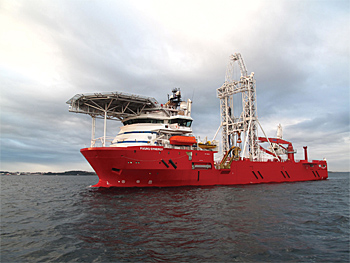 Three week fieldwork
Fugro’s 105-meter drilling vessel Synergy will perform the study, which will include numerous seabed cone penetration tests (CPT) and exploration boreholes, along with sampling and downhole CPTs.

Following the fieldwork, a program of laboratory testing and reporting will be performed by Fugro’s offices in Houston TX and Norfolk VA.

The site investigation will be used to verify geologic ground models that Vineyard Wind is developing based on previous geophysical data collected from the lease area.

The investigation is planned to start before the end of October and take around two to three weeks. 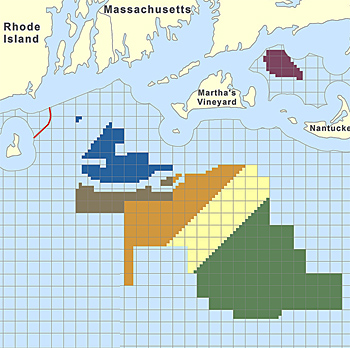 Location of US federal waters that have been leased for the development of wind farms. In yellow the plot leased by Vineyard Wind.

Lease of federal waters
As part of President Obama's comprehensive Climate Action Plan the Bureau of Ocean Energy Management (BOEM) has been made responsible for the lease of 742,000 acres of federal waters offshore Massachusetts for commercial wind energy development.

BOEM determined that twelve companies were legally, technically and financially qualified to participate in a lease sale for several plots. Vineyard Wind was selected for the lease of the Vineyard plot.

The next development step is a site assessment. Vineyard Wind estimates it will take another 3-5 years before construction is completed.

This news item is based on the press release by Fugro.