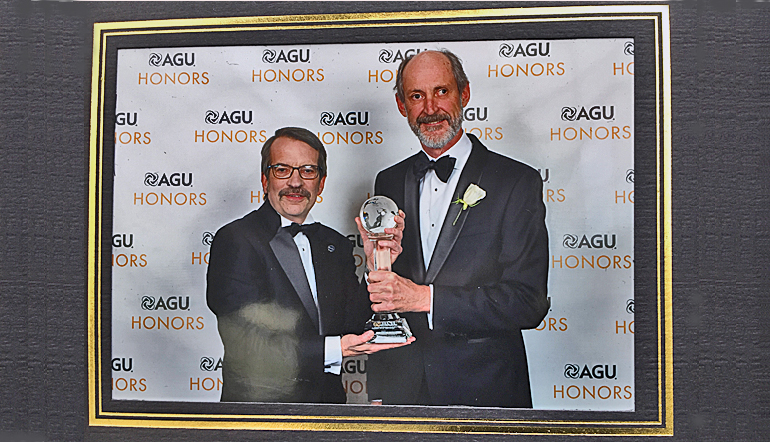 The award was handed out by AGU president Eric Davidson during the special honours ceremony on 13 December.

Savenije is professor at the Delft University of Technology, the Netherlands, and he received the prize for his ‘outstanding contribution to furthering earth and space sciences and using science for the benefit of society in developing nations.’ 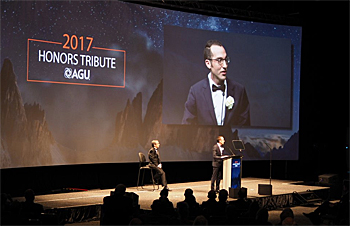 Special ceremony for the hand out of the awards at the AGU Fall meeting in New Orleans,USA.

Developing countries
Professor Huub Savenije (right on top photo) graduated as a hydrologist in 1977, after which he worked for six years in Mozambique and five years as an international consultant in Asia and Africa.

He has always felt drawn towards developing countries. ‘Call it idealism’, Savenije explained on the occasion of winning the award, ‘but I find it much more relevant to work in areas where knowledge can really make a difference to people.”

Savenije likes to involve local people and institutions in the scientific research. ‘It is essential that research is done together and that both parties benefit from it.’ 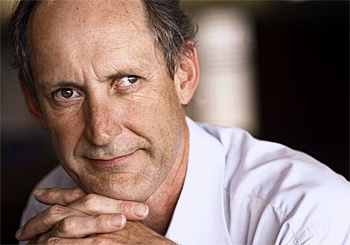 Understanding a river
‘We can learn to understand a river by looking at the landscape,’ said Savenije, who favours simple approaches to complex issues.

His approach can be called ‘holistic’ since he relates and connects elements such as soil type and vegetation, instead of studying them separately.

‘Complex equations don’t give me the right answers,’ Savenije continued. ‘It has got to be simpler.’

Many of his research projects have focussed on improving water management, especially in Africa.

He is one of the initiators of WaterNet, a regional network of 50 universities and research institutes involved in integrated water management in Southern Africa. 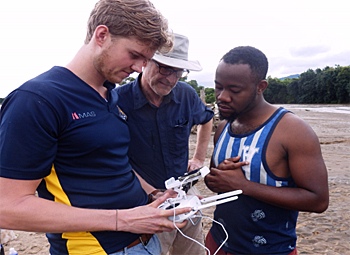 Savenije with students using a drone over an ungauged tributary of the Zambezi river, to determine a detailed digital elevation model for river rating.

The theory led to applications in about 20 estuaries spread all over the globe, which have been essential in substantiating the theoretical background of the approach.

Applications are by Ali Abdallah (2016) in the Euphrates estuary, by Nguyen Anh Duc (2006, 2008) in the Mekong to determine the discharge distribution over the delta branches, by Erfeng Zhang (2011 and 2012) in the Yangtze to determine the tidal propagation and the salinity distribution, and by Jacqueline Gisen (2015a, 2015b) who surveyed seven Malaysian estuaries.

Retirement next year
Savenije did his PhD in 1992, and became Professor of Water Resources Management with Unesco-IHE in Delft in 1994. He has been Professor of Hydrology at TU Delft since 1999.

In 2015, Savenije received the Alexander von Humboldt medal from the European Geosciences Union (EGU). He will retire next year.