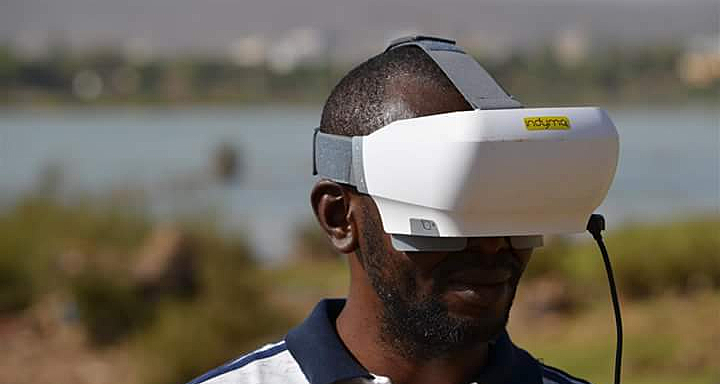 The drone is supplied by Indymo and the sensors by Akvo Caddisfly. The monitoring project is supported by the Dutch international development aid programme VIA Water. 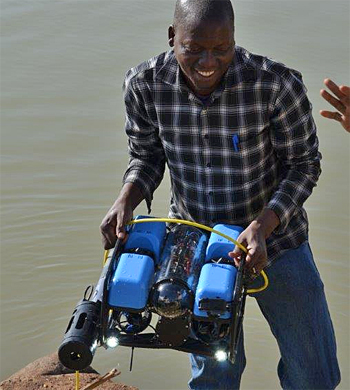 A local team received a training on how to operate the drone, the sensors and the VR headset (on top photo).

Better drinking water quality
The aim of the monitoring is to enable the river commission to provide reliable and continuous data to policy-makers so they can make well-informed decisions on the improvement of river water quality.

The improvement is expected to have a positive impact on drinking water quality at the household level.

The project involves several stakeholders, including users of Niger River in Mali, such as fishermen, dyers, maraichers, industries, gravel and sand extractors.

Difficult-to-reach spots
The Indymo underwater drone is equipped with a Caddisfly sensor that registers physico-chemical and bacteriological pollution indicators from the water. The sensor is connected to a smartphone app and can be used from the side of a boat.

With the Indymo drone, more difficult-to-reach spots can easily be monitored, such as the inside of discharge and drain pipes, as well as the edges of the shore. 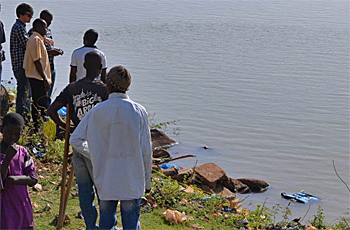 Publicly accessible data
The project not only focuses on assembling new data on water. Alongside the launch of the drone, a website was launched which collects data from different organisations.

Publication on the website makes the data and analyses accessible to a wide audience.

The opening ceremony on 27 March was chaired by Mr. Abdoulaye Berthé, Secretary General of the Ministry of Environment, Sanitation and Sustainable Development (MEADD). On behalf of Via Water, the ceremony was attend by programme manager Titia Wouters.

This news item was originally published on the website of Via Water.

Video impression of the underwater drone project in the river Niger near Bamako, Mali.