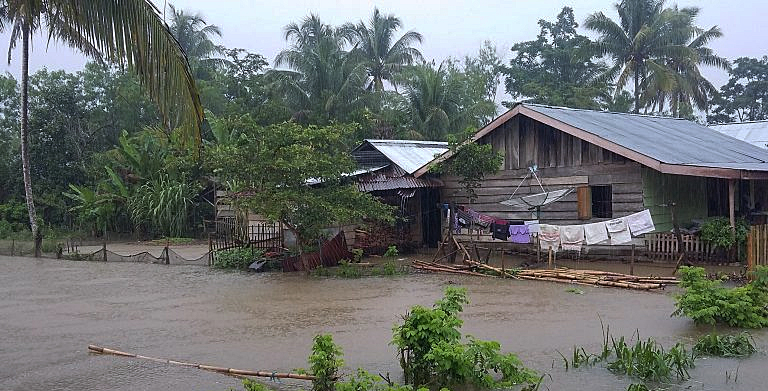 Scientists from the World Agroforestry Centre in Indonesia and Wageningen University & Research have developed an approach in Indonesia which stimulates the local population to buffer the drainage in catchment areas of strongly fluctuating rivers.

The approach involves using a new and relatively easy to determine property of the river to calculate remuneration for the local population for their active contribution to achieving a more stable discharge from the catchment area, making the area ‘healthier’. 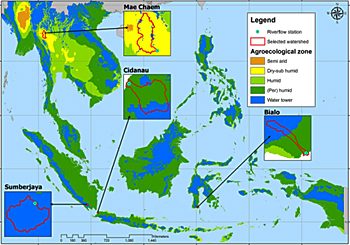 Soil related buffering
In catchment areas where the land offers little buffering (sponge effect), heavy rainfall has a direct and severe impact on the amount of rainfall that gets into the river within a day– with all the consequences thereof.

The river discharge is much more gradual in catchment areas where the soils can absorb and retain lots of water, a far more desirable situation not least because of the way it reduces the risk of flooding.

Buffering management
Until now there was no proper but simple way of measuring the capacity of a catchment area to buffer rainwater.

While the amount of forest present in an area is a commonly used measurement for the buffering function, it raises questions as to what happens outside the forest and what does or does not count as forest. 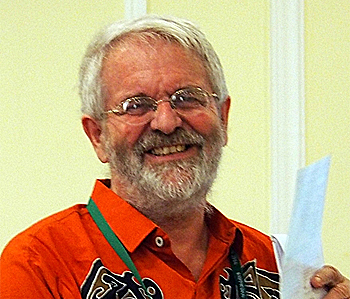 Slow positive effect
According to Meine van Noordwijk, professor in agroforestry at Wageningen University & Research, these forests are a good example of the complexity of water buffering management.

“However, once the soil has compacted to such an extent that it cannot easily absorb water due to deforestation”, he warns.

“Any reforestation of the area has only a very slow positive effect on the buffering of rainwater over a period of some ten to twenty years.”