The plant treats 22.000 cubic meters wastewater per day, containing high concentrations of nitrogen. By using Nijhuis' Bioctor technology the wwtp-plant has a small footprint and a low energy consumption.

Azomures decided to build a new plant to meet new Romanian regulations for discharging effluent into the Tîrgu Mures river. 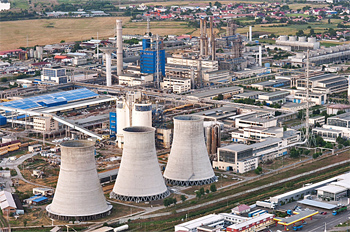 Two Bioctor-systems
The total project, consisting of the modernization of Azomures' urea and ammonia installation as well as wastewater treatment, is one of the largest wwtp plants in Romania.

A special feature of this series is the measurement of the oxygen demand of the incoming waste water. This enables the control of the amount of aeration and programming of the aeration process in such a way that power consumption is minimal. 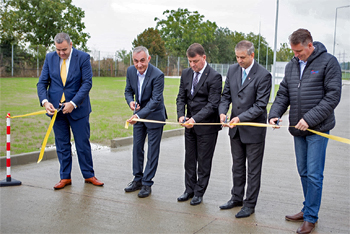 Low operating expenditures
In July 2014, Nijhuis Industries won the turnkey contract for Azomures and was challenged to design a wwtp-plant with a small footprint within the available plot of land.

Fast-track project
One year later, by mid November 2015, the plant was commissioned and since then over 5,500,000 cubic meters of wastewater has been treated and discharged to the Mures river.

Since 1 January 2016 the values are monitored daily by the operators and the Nijhuis monitoring team.

According to Nijhuis the plant shows good results that comply to strict Romanian and European effluent requirements.

This news item was originally published on the website of Nijhuis Industries.