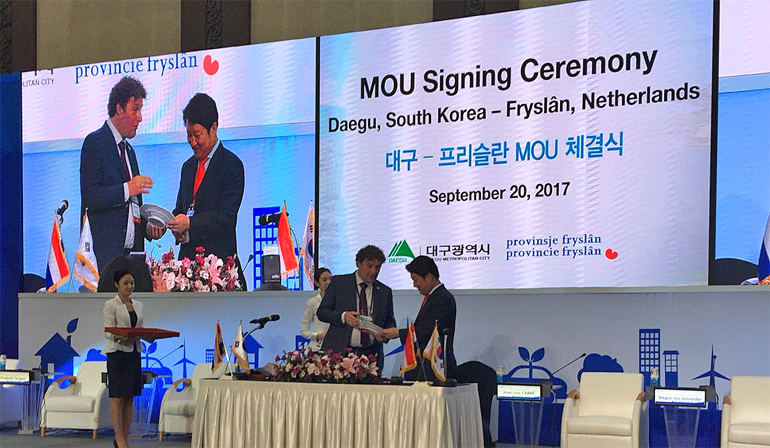 Klaas Kielstra of the Dutch Province of Friesland and Mayor Kwon Young-Jin of South Korean city of Daegu signed an agreement to intensify their cooperation on water technology.

The Memorandum of Understanding (MoU) was signed at the World Water Cities Forum in Gyeongju, South Korea, on 20 September. 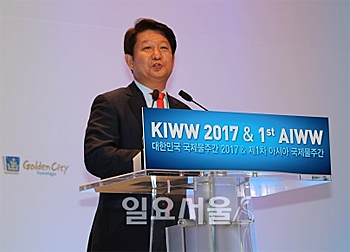 Mayor Kwon Young-Jin of Daegu at the opening ceremony of the Asia International Water Week in Gyeongju.

Asian and European markets
The city of Daegu is forming a cluster of Korean water technology firms and the agreement is to foster the contacts between Korean and Dutch companies.

"The agreement facilitates companies to enter the Asian and European markets," said Hein Molenkamp, managing director at Water Alliance. His organisation is based at the WaterCampus in Leeuwarden in the Province of Friesland. Molenkamp acts as liaison between the Dutch and Korean companies.

Waste water treatment
South Korea faces major challenges in the field of waste water treatment, according to Molenkamp. “Korea seeks innovative treatment technologies, such as Anammox for the removal of ammonium and Nereda that uses aerobic granular biomass. It is also interested in the recovery of cellulose and other raw materials from wastewater’.

In recent years, there has been regularly contact with the South Korean company K-Water that is very interested in the chlorine-free distribution of drinking water in the Netherlands.

‘During a recent visit to the Netherlands, we have introduced them to representatives of the Dutch water supply sector with knowledge and expertise in this area’, Molenkamp added. 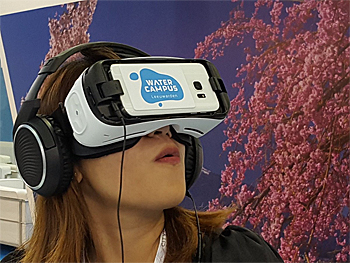 South Korean companies and knowledge institutions can also be linked to WaterCampus Leeuwarden that includes Wetsus, the scientific research centre on water technology.

WaterCampus also houses applied research facilities, such as the Water Application Center and several demo sites where new technologies can be tested on waste water and drinking water.

Future visits
During the forum South Korea was invited to participate in the European Water Tech Week that will take place in Leeuwarden in September 2018.

A delegation of K-Water will attend the Amsterdam International Water Week in the Netherlands 31 October and 1 November.