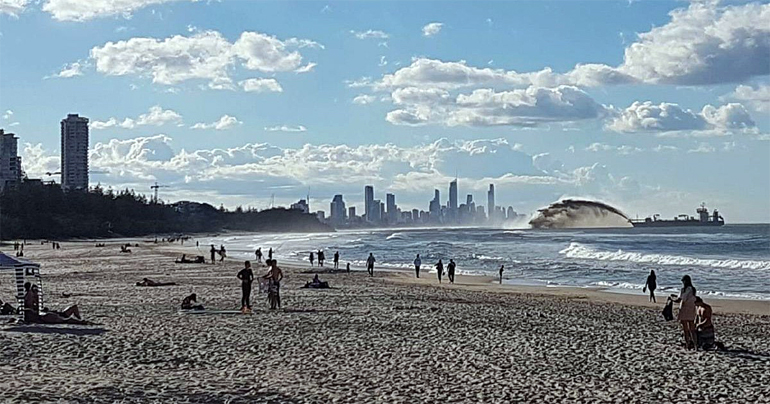 Dutch engineering firm Royal HaskoningDHV has been engaged in the design of beach nourishment works at the iconic Palm Beach, City of Gold Coast, Australia.

This project is part of the city’s largest offshore dredging and beach nourishment project that includes the construction of an artificial reef. 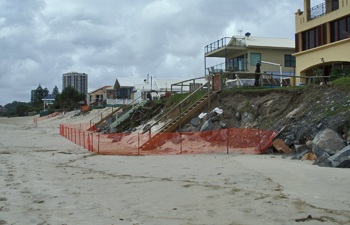 Royal HaskoningDHV’s involvement in the nourishment project is part of a holistic plan to provide a sustainable solution for the ongoing protection of the beach and beach infrastructure.

The project also includes the design of an artificial reef, which serves both as a means of coastal protection and as a surfing amenity.

Watterson: ‘We developed the approach as a result of detailed investigations into the long-term morphology at Palm Beach. We adopted this approach to ensure effective sand delivery at the same time as enhancing surfing amenity.’

Much-needed buffer
The Gold Coast Beach Nourishment Project (GCBNP) will increase the volume of sand available along vulnerable sections of coastline, providing a much-needed buffer against future storms and coastal erosion. Together, Palm Beach and the beaches from Miami to Surfers Paradise will receive approximately 3 million cubic meters of sand.

More retention of sand
The natural reef focuses wave energy. The design of the artificial reef will harness this focused wave energy, increasing the volume of sand retained along vulnerable sections of Palm Beach.

The shape and orientation of the artificial reef has been designed to consider wave breaking characteristics on the reef and the surrounding shoreline. This is important for the consideration of surfing and beach use.