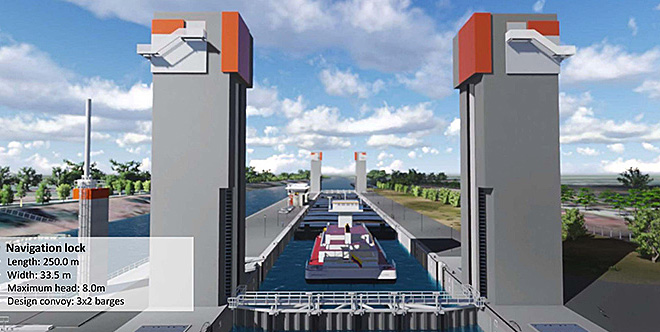 Dutch engineering firm Royal HaskoningDHV has been appointed by the Colombian government to design two navigational locks at both ends of the Canal del Dique, a 114 km-long navigation route connecting Cartagena Bay, on the coast, to the Magdalena river.

It will be Colombia’s first locks. The pre-construction phase of the project is due to begin in June 2019. 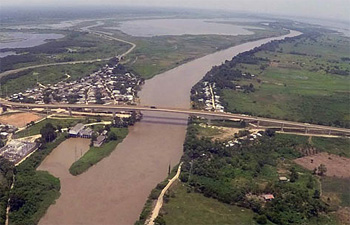 The 400-years old Canal del Dique is being reconstructed as part of a strategic plan, including navigation, flood prevention and nature conservation.

Flood prevention, navigation and eco restoration
Royal HaskoningDHV is involved in a wider scheme for the reconstruction of the 400-year old canal.

The Government of Colombia asked Royal HaskoningDHV to address this flooding with an integrated scheme that included inland navigation and restorations of the wetlands on both sides of the canal.

Edgar Ortiz Pabón, Manager of the Adaptation Fund, said: "The Canal del Dique macro-project is a strategically important project and the execution of the second Phase will definitively restore this ecoregion". 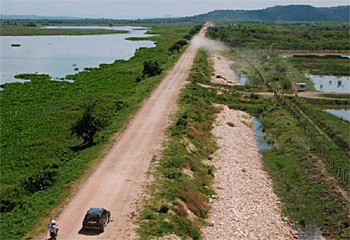 The levees along the canal are being reinforced, following the bursts in December 2010.

Following an extensive baseline study including other technical, environmental and social studies covering all villages and ecosystems, several solution strategies were proposed.

Two locks
The approved solution consists of a 250-meter-long navigation lock and a 60-meter-wide inlet structure at Calamar to reduce and control the inflow of water and sediments into Canal del Dique, resulting in flood protection for the complete system.

Additionally, closure of the Canal del Dique itself at Puerto Badel will restore the ecological system in the bay of Cartagena. A second lock will maintain navigation between Magdalena River and Cartagena harbour.

The whole plan making for the scheme has been carried out by Consorcio Dique, a joint venture of Royal HaskoningDHV from the Netherlands and Gomez Cajiao (company of Setec) from Colombia.

The whole project is being executed by Fondo Adaptación , entity of the Ministry of Finance and Public Credit in Colombia.

This news iem was originally published on the website of Royal HaskoningDHV.

See a video impression of the locks as published on the website of the Fondo Adaptación.