SIWW 2016: A look back on an event that showcased a water industry willing to innovate 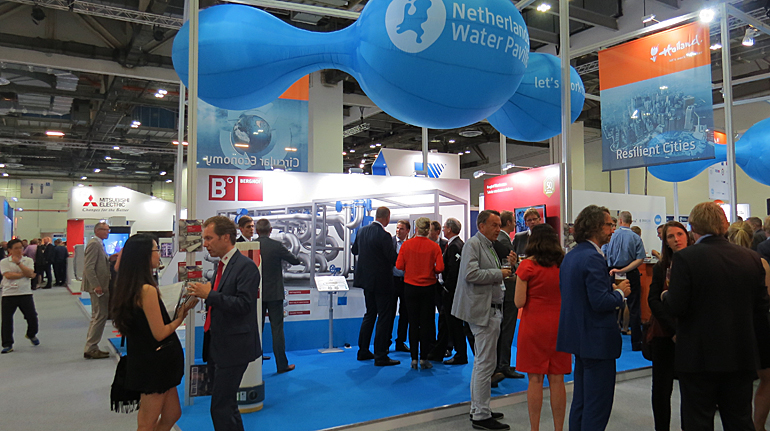 The real cost of water and collaboration were the buzz words at the seventh edition of the Singapore International Water Week (SIWW), held from 10 - 14 July.

As every two years in Singapore, the water industry debated the latest development at the three-day Water Leader Summit, attended the many presentations by key water experts and met at the exhibition.

Meanwhile, Canadian hydrogeologist Professor John Anthony Cherry won the prestigious 2016 Lee Kuan Yew Water Prize for his work in the management of groundwater – the major water source for over 50 percent of the world’s population.

Held in conjunction with the World Cities Summit (WCS) and CleanEnviro Summit Singapore (CESS), the three co-located conferences attracted more than 21,000 participants from 115 countries and regions. 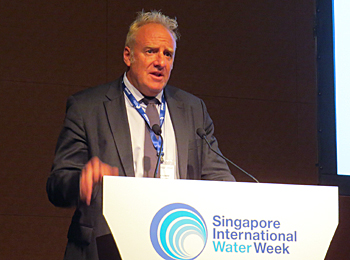 Innovation and challenging concepts
The SIWW showcased many new challenging innovative ideas and more integrated concepts with other sectors such as industry, energy and agriculture. However, the water industry is reluctant to embark on such new ideas.

"The parties involved – utilities, contractors and consultants – do not want to take the risk of using a new technology until it is extensively proven", stated CEO Jonathan Clement at PWN Technologies on the occasion of the SIWW.

"This creates a paradox, because the utility wants an innovative technology, but wants something that is proven over several years – which may or may not be innovative ultimately".

Real cost of water
Debating the huge future demand for fresh water, many panel members called on support from politicians. Often mentioned was the real cost of water. In many countries the pricing of water is politically very sensitive. In most cases, industrial users, farmers or individual consumers do not pay all the costs for a sustainable water supply and the treatment of waste water.

In many debates it was mentioned that water is 'too cheap'.

Collaboration
Another issue that was much debated, was collaboration with all stakeholders, both within and outside of the sector.

In order to meet the growing water demand and to counter the effects of climate change, the water industry has to collaboration with all groups that have interest in the availability of fresh water resources.

It was often said that cities, metropoles or regional authorities can play an important role to get all those groups around the table.

Below a selection of photos, giving an impression of the 2016 edition of the Singapore International Water Week and Dutch related contributions. 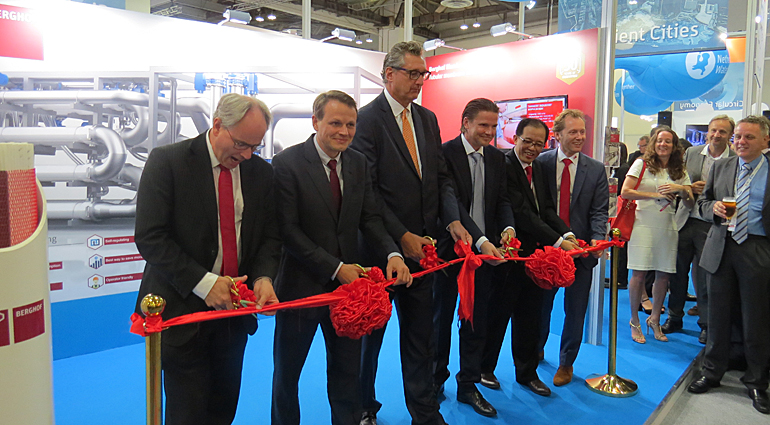 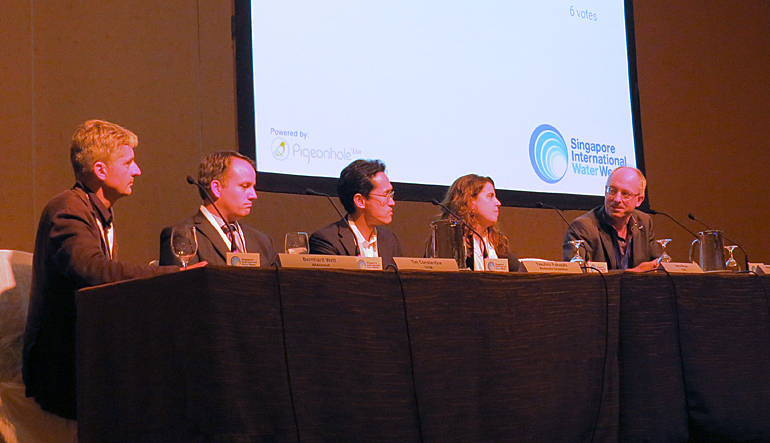 One of the 'hot issues' workshops was on the application of Anammox for the removal of ammonium from waste water. Specialists from all over the world talked about the option of mainstream deammonifcation. According to Dutch professor Mark van Loosdrecht (right in panel) the challenge is to grow Anammox bacteria effectively and to find a way to get all organic carbon into the sludge digestor. The latter results in a maximum production of biogas. According to Van Loosdrecht the ultimate goal is to disconnect all waste water treatment plants from the electricity grid. 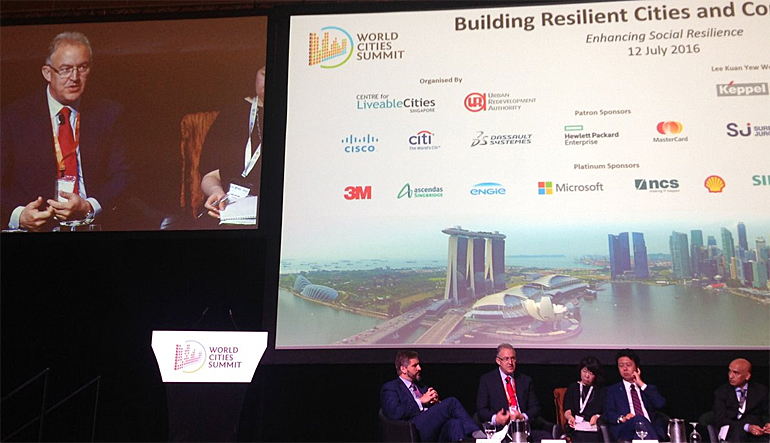 In conjunction with the global water event, the World Cities Summit took place at the same location. The summit attracted 110 mayors from all over the globe, including mayor Ahmed Aboutaleb from Rotterdam. 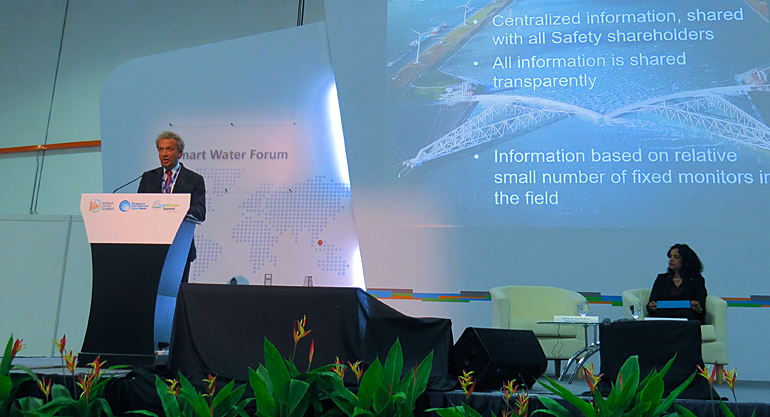 Chairman Michiel van Haersma Buma at Delfland Regional Water Authority (left) took the stage at the Smart Water Forum. He challenged his audience of some 300 water experts to develop an IT-solution for collection of critical water data from online sensors in an entire watershed. "Can you recommend us a technical solution to manage all this data for smart watershed decisions", Van Haersma Buma asked the forum. 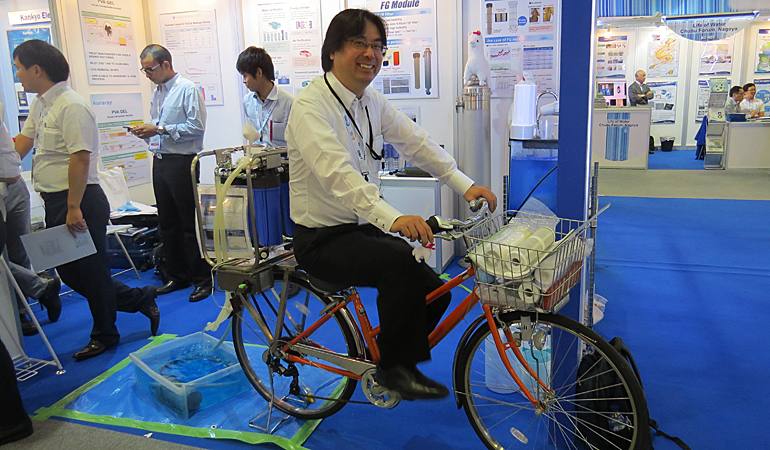 At first glance it looked like a Dutch water solution, but in fact it was the Japanese company Basic Co Ltd that showed a water purification bicycle. The bicycle drives a pump and a small RO filter. The Japanese government has already purchased some bicycles for emergency relief. It wondered if the Dutch government would also be interested. 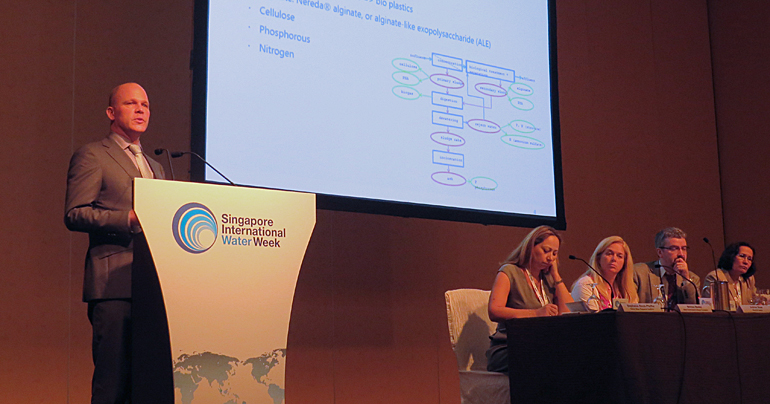 Arjen van Nieuwenhuijzen (left) of Dutch consultancy firm Witteveen+Bos contributed to the water congress with a presentation on life cycle analysis of energy and resource recovery at municipal waste water treatment plants. Van Nieuwenhuijzen showed that eight Dutch municipals waste water treatment plants have become producers of biogas and nutrients. These plants have been designed not only to meet the effluent restrictions, but also to produce valuable products. 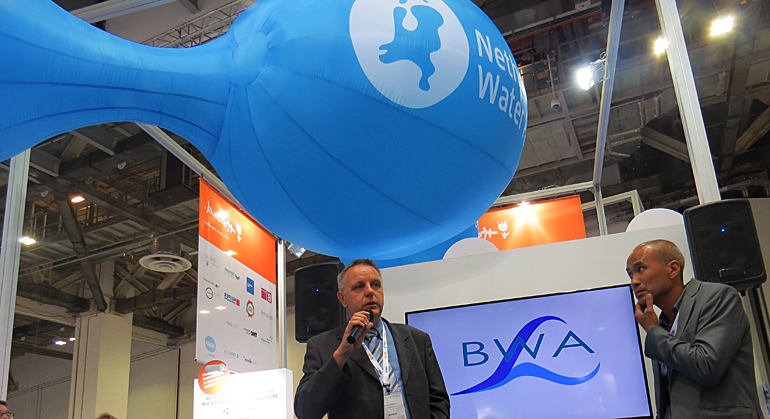 Public private partnership Water Alliance was present in Singapore with the Holland innovation & inspiration hotspot. It highlighted several innovative water technologies, including GaLiCos by BWA to concentrate a brine by combining evaporation and condensation processes. BWA director Coos Wessels (left) took the stage at the Netherlands water pavilion to tell about the concentration of brines from membrane installations and desalination of sea water. 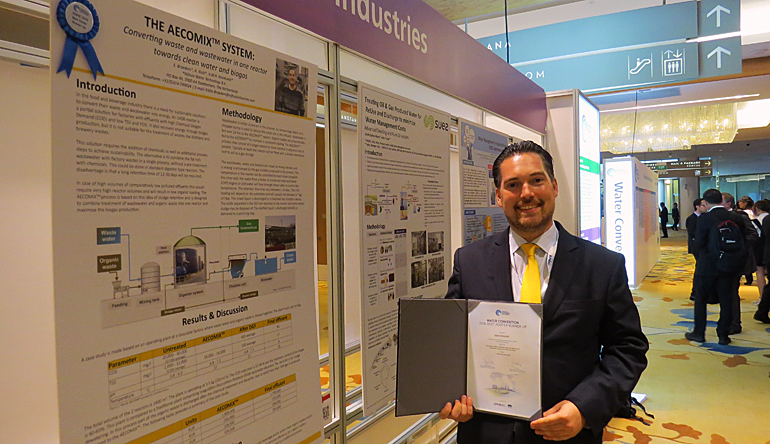 One of the four best poster runner up awards was for Eddie Broeders of Nijhuis Water Technology. Over 200 posters were presented at the Singapore International Water Week. The winning one by Broeders was on a single process to convert waste water in clean water and biogas in a Aecomix reactor. 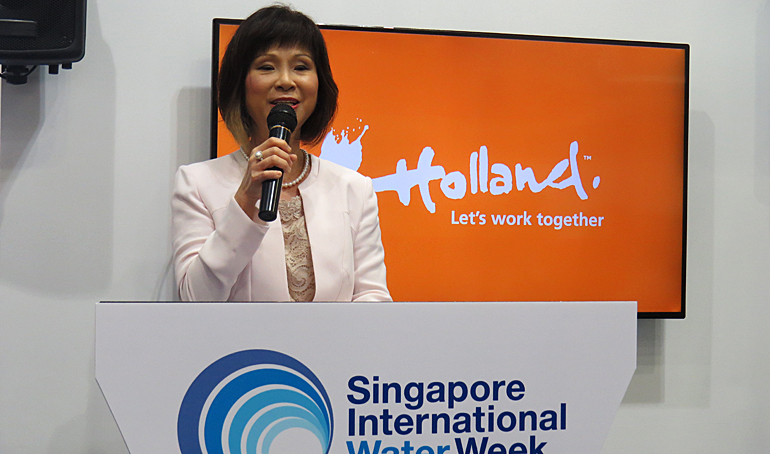 Visiting the Netherlands Water pavilion was Singapore Minister of State Dr Amy Khor at the Ministry of the environment and water resources where she received a booklet on the close cooperation between the Dutch and the Singapore water technology hubs.

The next Singapore International Water Week will take place from 8 - 12 July 2018.