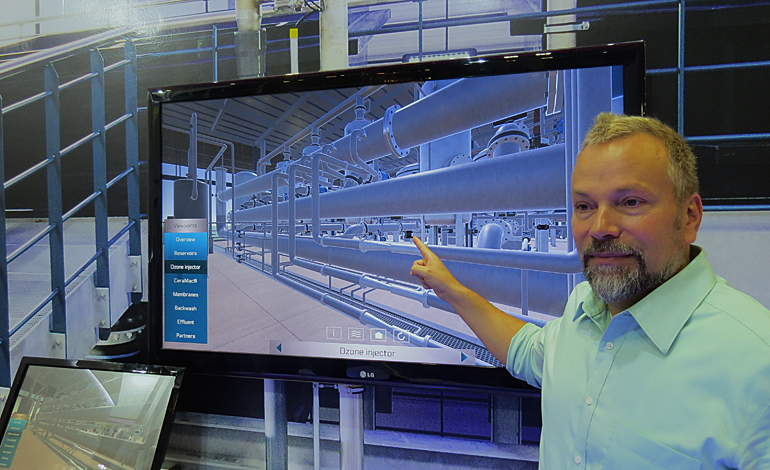 PWN Technologies has revealed its design for the CeraMac water treatment plant that is to be built for PUB Singapore at the Choa Chu Kang Waterworks (CCKWW) in Singapore.

A 3D video presentation of the design was shown at the PWN Technologies booth at Singapore International Water Week from 10 to 14 July.

During the course of the international water event, the groundworks were started at the Choa Chu Kang waterworks site so PWN Technologies can soon start construction of the new water plant.

The CeraMac plant will deliver 180 million liter drinking water daily and is expected to be operational by 2018. 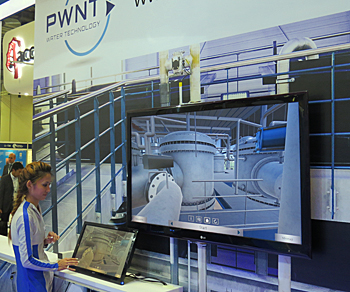 Ozone oxidation as pre-treatment
PWN Technologies realised its first CeraMac plant at the Andijk III water treatment plant, the Netherlands in May 2014.

The big difference in the design of the new Choa Chu Kang plant is the pretreatment. The Andijk plant operates the SIX ion exchange technology as its first treatment of the surface water intake.

The new plant in Singapore has been designed with an ozone oxidation technology as pretreatment.

The operational synergy between ozone and ceramic membranes not only solve fouling issues which have been problematic for membranes systems, but is also expected to achieve a very steady state filtration. 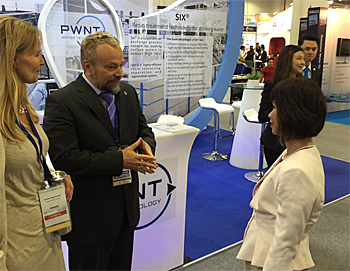 Lower bromide concentration
According to Chief technology officer Gilbert Galjaard (on top photo) at PWN Technologies, the selection of a different pretreatment technology was possible because the water intake at the Choa Chu Kang waterworks contains less bromate.

"In Andijk pretreatment with ozone oxidation was no option, as the surface water intake contains too much bromide. Treatment of bromide-containing water with ozone, may cause formation of bromate as a toxic byproduct. Therefore we had to use ion exchange technology in Andijk".

"As the water intake at Choa Chu Kang contains less bromide", Galjaard explains, "we have the option to use ozone oxidation. This leads to a far cleaner water for the Ceramac filtration stage." 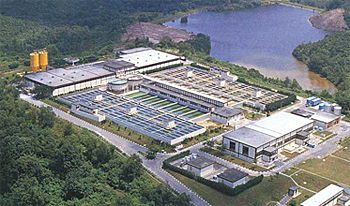 Aerial view of the Choa Chu Kang waterworks as operated by PUB Singapore.

Yet the drinking water production will be four times higher in Singapore, compared to the production in the Netherlands.

Because of the much cleaner pretreated water, the membranes have to be backwashed only every 3 hours.

Successfully piloted
PUB Singapore and PWN Technologies have tested and optimised the technology combination thoroughly in a demo plant that has been operated at the CCK waterwork for 18 months (2011 - 2013).

The test results showed the CeraMac system performed well and the use of pre-ozone improved operational efficiency.