SIWW 2016: Waternet Amsterdam and PUB Singapore enter into a partnership for knowledge sharing 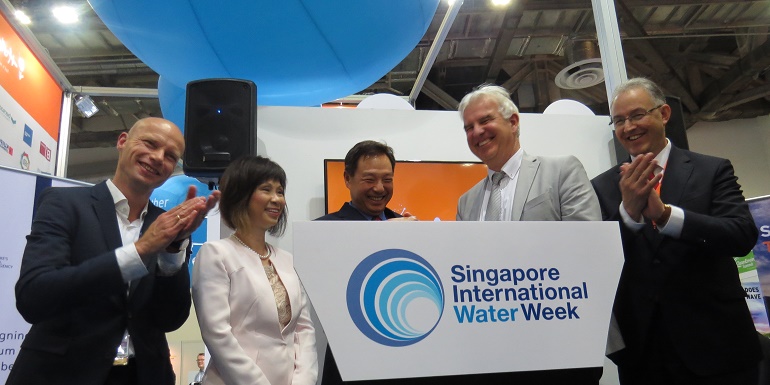 The waste water treatment plant (wwtp) of Amsterdam is located next to the city’s solid waste incinerator. Here the sewage sludge is incinerated, together with the cities household waste.

This results in a high energy recovery from this sewage sludge treatment. The energy produced by the incinerator is partly used to operate the wwtp.

Waternet Amsterdam operates a biogas filling station for its fleet of 60 cars. 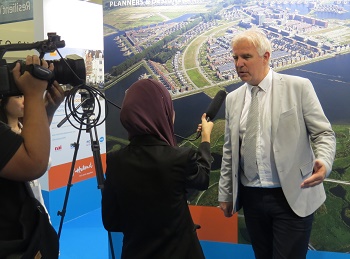 CEO Roelof Kruize explaining the MoU to the Singapore media.

Waternet Amsterdam is interested in this topic as in coming years they have to replace large sections of their sewage pipe system. Waternet wants to learn more about PUB’s experiences.

PUB Singapore is constructing of two large tunnels, 6.5 m in diameter and 80 km long in total, located about 50 m below the surface, to transport sewage to its three waste water treatment plants.

Construction on the first phase was completed in 2008 and the second phase is scheduled to begin in 2016, with completion by 2022.

The third topic of the knowledge exchange concerns the water pollution by emerging substances of which the influences are still not fully known.

A first workshop with 35 experts was held as part of the Singapore International Water Week a few days earlier.

Progress reporting
On the occasion of the MoU signing, CEO Roelof Kruize of Waternet mentioned the two-year duration of the agreement. “We can start on the knowledge exchange and report on the progress at the Amsterdam International Water Week in October next year and we can report on our final results in two years’ time at the next Singapore International Water Week.”