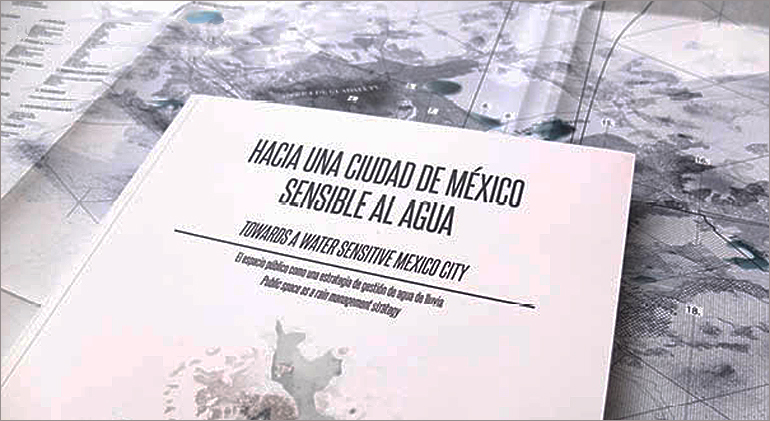 Landscape design firm De Urbanisten and research institute Deltares have developed a strategic approach for a water-sensitive Mexico City. The approach addresses the city’s vulnerability for both the cyclical flooding, as well as its water shortages. 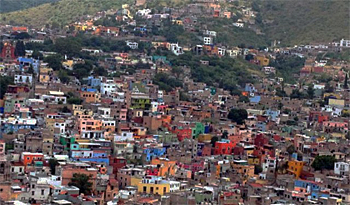 Run off from the moutains regularly floods the valley of the city.

The authority believes that the most appropriate response is to combine improvements in public space with water management strategies, and also to create socially sustainable locations in the public urban realm.

The goal is therefore to identify concrete solutions in a more holistic approach that integrates the design of public space and water management in a more comprehensive strategy. 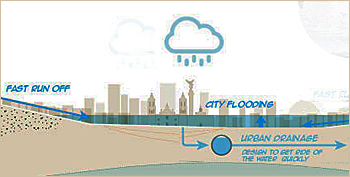 Too much: storm water floods the city and the drainage is designed to get rid of the water quickly.

Problems magnify each other
The strength of the water-sensitive approach for Mexico City is its integral nature. Technical professional knowledge is combined with a design approach to the complex challenges faced by the city.

In the summer, there are severe droughts, heat stress and drinking-water shortages, accompanied by groundwater extraction, salination and severe subsidence.

In the winter, there is flooding caused by storm water, which is transported out of the city through very large underground infrastructures.

Against a background of uncontrolled urbanisation and the large-scale paving of land surfaces, these problems all magnify each other. The task faced by the city is to break the downward spiral and develop concrete ways to tackle the challenges.

Raise the sponge capacity
De Urbanisten and Deltares developed a strategic approach that tackles these complex issues but is also concrete, feasible and applicable on a relatively small scale, making implementation possible in the short term.

The goals are to raise the sponge capacity of the city by recharging its aquifer and in that way to prevent further subsidence. Water will be held locally for greening, resulting in cooling through evapotranspiration. 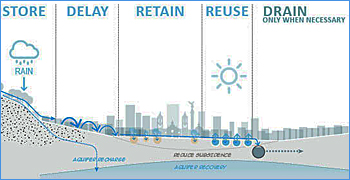 Up hill storage, down hill retention, water reuse and more drainage inside the city, are all part of the solution to make Mexico city more water sensitive.

Catalogue of options
Six different urbanised zones have been identified that require different strategies. All six strategies are available with a catalogue of water-sensitive options that can be used in the public space.

The implementation details have been elaborated in an exemplary set of typologies for the two areas in the city that require action most urgently.

The adaptation approach for a Water-Sensitive Mexico City, including using the Climate App and the Adaptation Support Tool (AST), has been very well received and it is seen as a potential worldwide Proof of Concept for Climate Adaptation.