What are you looking for?
News 6 September 2013 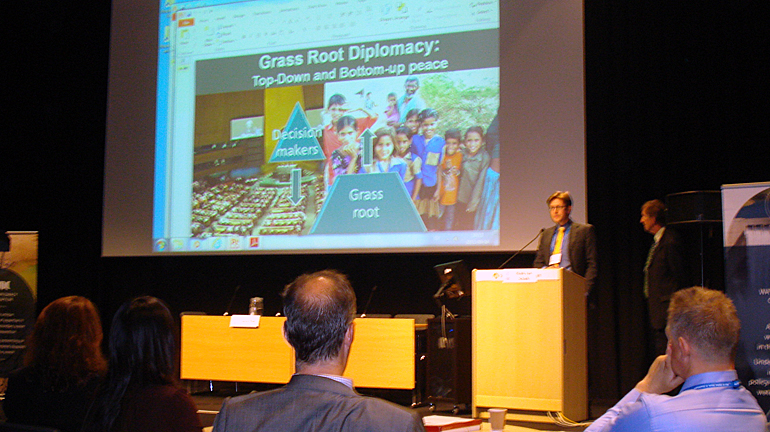 A group of expertise in water technology, water governance, conflict resolution, and legal systems, have teamed up in the Water Diplomacy Consortium (WDC).

The new consortium presented itself for the first time at the Stockholm Water Week and organized a roundtable session on water and peace diplomacy on 4 September.

The Water Diplomacy Consortium is initiated by the The Hague Institute for Global Justice. Its participants are the institute for international relations Clingendael, Water Governance Centre, UNESCO-IHE Institute for Water Education, and UPEACE Center The Hague.

Growing tensions as fresh water gets scare
Since there are 276 transboundary river basins in the world, affecting 148 states, the issue of supra-national cooperation in a river basin was prominent discussed at the Stockholm water week.

The roundtable discussions organized by the Water Diplomacy Consortium made clear that water-related transboundary disputes can often be resolved by bringing all water users to the table. Differently from long standing water-related transboundary disputes that are seldom stand-alone foreign policy issues, such as the water use from the Jordan river. 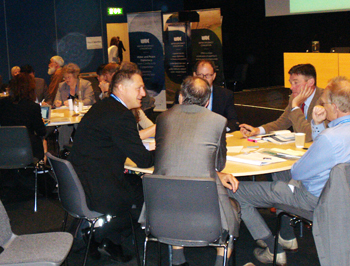 Importance of water dialogue
Several participants emphasized the importance to keep the dialogues going between the water users. Although the water users are not able to solve the dispute at a national level, talks on grass root level can take away many tensions that arise from the daily water use.

A representative of the Arab League pointed out the importance of education of diplomats at national levels on specific water expertise related to trans boundary rivers and aquifers.  Training courses initated by the The Hague Institute for Global Justice have already proved effective and should be continued, as was advocated.

Understanding water needs
In his key note professor Aaron Wolf of the Oregon State University plead for the inclusion of personal and spiritual needs in water diplomacy. Especially in non-Western cultures, water has a wide spiritual dimension that often looms in the background during negotiations over water disputes. As an examples he mentioned the Israeli-Palestine dispute over the water use from the Jordan river.

According to Wolf Israel sees the water dispute very rationally as a matter of quantities, next to the desalination of sea water from the Mediterranean. For the Palestinians the dispute has a much more emotional element, based on the daily physical need for fresh water from the Jordan river.

About Water Diplomacy Consortium
The initiators of the Water Diplomacy consortium anticipate on the growing fresh water scarcity due to changing weather patterns, growing population and economy, and increasing water pollution. Tensions over the use of aquifers and rivers will increase.

The consortium aspires both to become a knowledge hub for water diplomacy, governance, and law, and to contribute to conflict prevention and conflict resolution in relation to water management across and within national borders.

On 14 - 15 November the consortium organizes the international conference Water security and peace in The Hague, the Netherlands (by invitation only).