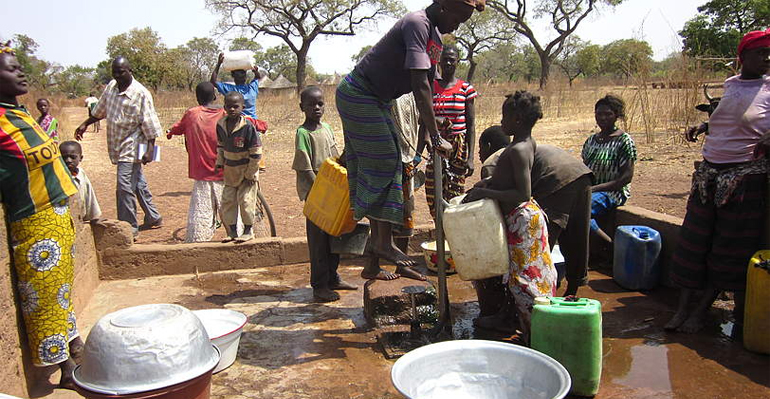 Uduma Mali, a subsidiary of pump supplier Vergnet-Hydro France, has been granted 3 million euro by the Dutch government for a project to replace and repair 1,400 manual water pumps in the Sikasso region in Southern Mali.

Uduma takes responsibility for the operation and maintenance of these pumps for 15 years. 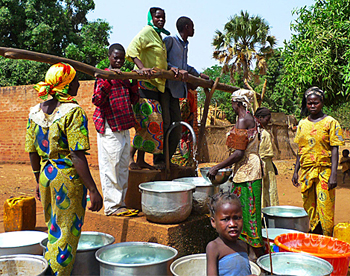 Once a pump is placed, repaired or replaced, it has to remain in service for at least 15 years.

Large scale servicing project
Two million euro of the Dutch grant accounts for 50 percent of the investment to get the project started, and matched with a 2 million investment from Vergnet Hydro.

An additional one million is granted to develop the business opportunities, to create the foreseen public-private-partnership with the Mali government and to invest in an additional monitoring as this project considered a catalyst for other countries and donors.

Dutch matchmaking organisation, Aqua for All, played a central role in the architecture of this large scale servicing project.

Other Dutch partners
ICT-organisation Akvo supports the project with a web-based mapping service as the pumps will be installed with data loggers and sms alert facilities.

SNV-Mali is the local supporting NGO who is intermediary between all stakeholders.

Uduma Mali has committed itself to increase both efficiency and performance, signing a performance contract that promises to repair a pump within 72 hours, instead of the usual average of 250 days.

Competent authority DNH will monitor the centralized database on the use of the boreholes and the actual water consumption. 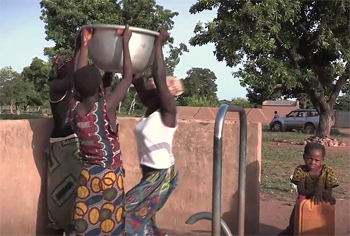 Pre-paid tags
Each village water point will be provided with pre-paid tags for community members they can use to pay for water when they collect it. Local communities will sign the 15 year operation & maintenance contract with Uduma Mali.

In Vergnet Hydro’s Uduma model, water service management is delegated to a private operator based on the provision to sell the water service at an average price of 0,75 euro per cubic meter,

Furthermore, the operator is committed to the operation for at least 15 years and to guaranteed continuity of service (with the mentioned maximum breakdown period of 72 hours).

Sharp decrease of water price
It is expected that the water price for a jerry can will go down from 25 to 10 FFCFA franc per jerry can. The sales-tariff is with 0,75 euro/m3 below the rural national tariff ceiling of 1 euro/m3.

This PPP concept, driven by a private technology supplier, is replicable for any donor driven Hand pump program as it reduces the need for grants while it increases the effectiveness of the grant in functionality of an affordable and accessible service from 3 year’s lifetime to 15 year’s lifetime.