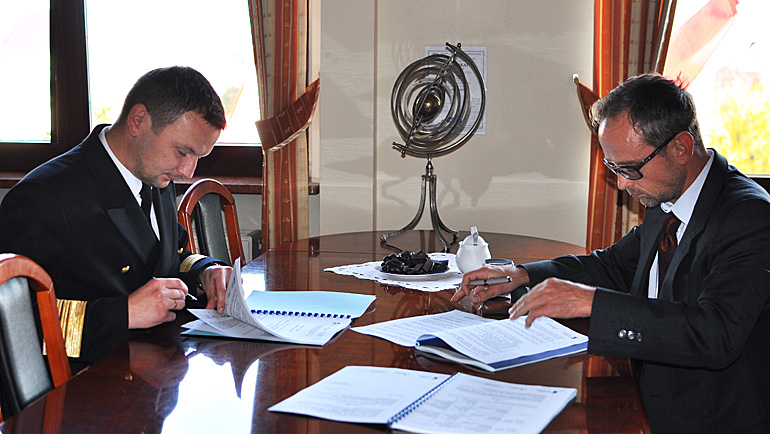 The local authority of the Polish maritime administration in Szczecin, has selected Dutch dredging company Van den Herik for the design and execution of the deepening and widening of the port entrance at Police, Poland. Van den Herik won the tender worth 5,1 million euro. The dredging project is scheduled to be completed by 2020.

The signing of the contract took place during the visit of a Dutch trade mission to Poland led by Dutch Minister Cora van Nieuwenhuizen of Infrastructure and Water Management. The contract was signed on 11 October (on top photo). 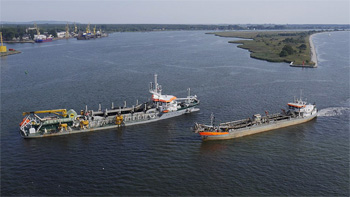 Deepening approach track
The city of Police is situated downstream of the Oder river, near the Baltic Sea. It’s sea port comprises four terminals and is currently the fourth largest seaport in Poland in terms of quantity of goods subject to loading/unloading operations.

The dredging work will consist of deepening the approach track on the Police Channel to 10.5 m and widening in the bottom up to 100 m.

Finally the slope of the Kiełpiński Ostrów island will be strengthened.

The company is active in Poland since 2006 and presented itself at major Polish exhibitions such as Baltexpo (Gdansk 2017) and Waterways Expo (Warsaw 2016).

This news item was originally published on the website of Urzad Morski w Szczecine (in Polish only).