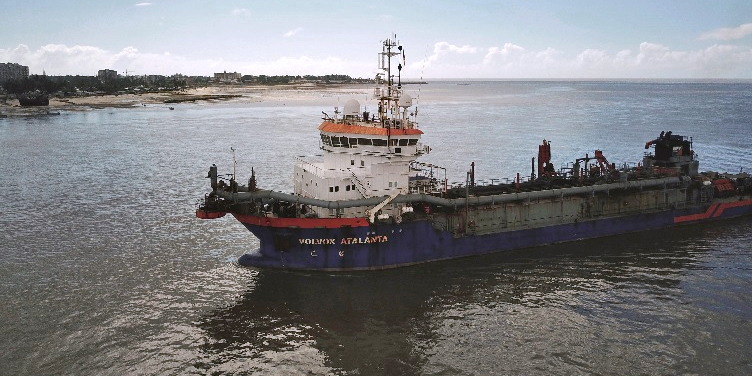 Dredging company Van Oord, assisted by the publicly owned Mozambique company Emodraga, recently completed the dredging of the access channel and the manoeuvring basins of the port of Beira, Mozambique.

The dredging project was ordered by Mozambican Portos e Caminhos de Ferro de Moçambique (CFM) and started six months ago. Now ships up to 60.000 tonnes can dock in the port at any time of the day. Previously this was only possible for ships up to 30.000 tonnes. 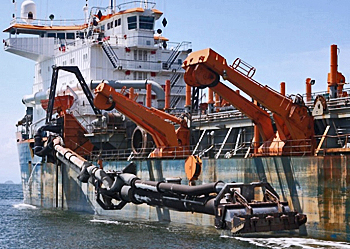 Original depth
The main goal of the dredging is to broaden the width of the 27 kilometre long Beira access channel from 135 to 25 metres. The depth of the channel is now fixed at eight metres for the straight stretches, and at 9.2 metres on the stretch known as the Macuti curve.

It has been assisted and by Emodraga’s Sagar Manthan for bed-levelling operations.

Multi-modal hinterland network
According to Augusto Abudo, the executive director of the central division of the Mozambican ports and rail company (CFM-Centro), the dredging will significantly increase the amount of cargo handled by Beira, particularly cargo to and from Zimbabwe, Zambia, Malawi and even the Democratic Republic of Congo (DRC).

The seaport of Beira is regaining its status as most important transport gateway to these land-locked countries, offering a network of different modes, such as river, roads and railways.

It has been the second time in less than a decade that the port has undergone emergency dredging. In 2012 Van Oord also completed a dredging contract for CFM, having removed a total of 8 million cubic metres of sand and clay.

This news item was originally published on the website of Noticias Online (in Portuguese only).