Dutch dredging company Van Oord has been awarded two contracts by international contractor Subsea 7 for the construction of a landfall and the execution of subsea rock installation works in Egypt.

The projects are part of the West Nile Delta project, which comprises the development of a series of gas fields, located 65 km off the northern coast of Egypt. 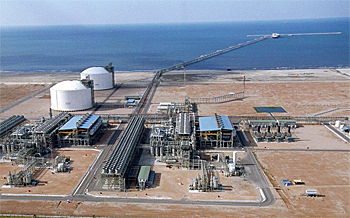 Landfall location
The landfall scope of work consists of the installation of a cofferdam, trenching and pipe pull activities and will be executed in 2017. The landfall location is at the Burullus terminal near Idku, 50 km from Alexandria.

Preparations on site have already started. 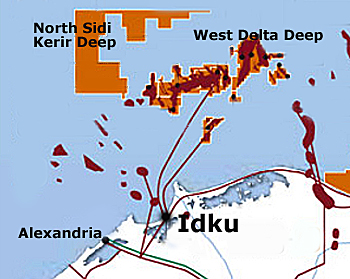 Two of Egypt's off shore gas fields (in red) near Idku.

Rising gas demand
In North Africa, and especially in Egypt, the demand for gas is rising for electricity generation. A string of sizable natural gas discoveries has been made in the eastern Mediterranean Sea over the past decade.

The West Nile Delta development will make an important contribution to Egypt’s economic development and will ensure the country’s energy supply for the long term.

Offshore infrastructure
Production from the West Nile Delta is expected to be around 1.2 billion cubic feet a day (bcf/d), equivalent to about 30% of Egypt’s current gas production. All the produced gas will be fed into the country’s national gas grid.

The offshore infrastructure necessary to transport fuel is being extended and improved continuously.