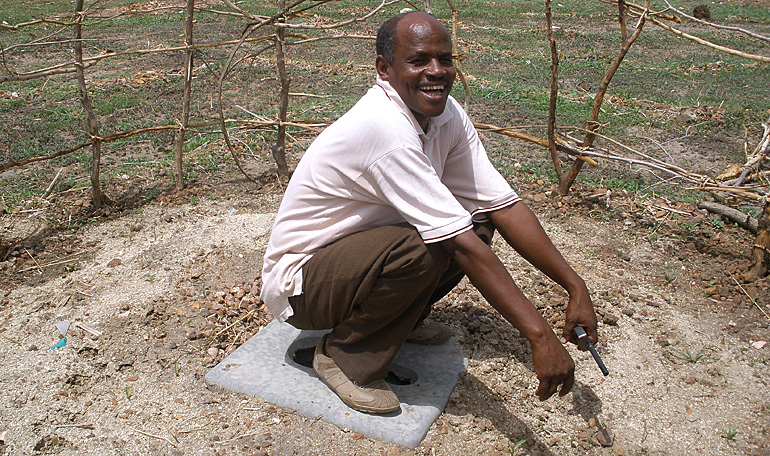 The Dutch support programme for innovative African water projects, Via Water, secured funding for a project to develop a conversion kit for existing SanPlat latrine pits into a Biobed system that reduces the volume of the faecal matter.

To reduce the volume of the faecal sludge, tests will be conducted using the Black Soldier Fly (BSF). According to recent research this fly, can convert fresh human faecal matter in latrines to virtually no volume.

The SanPlat is a simple plate that can be used to cover the hole in the ground of pit latrines making them potentially more easy to clean and maintain. 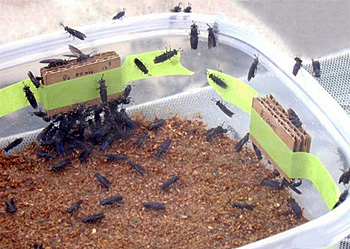 The Black Soldier fly is well-known for its ability to convert waste into compost.

Prototype development
The BioBed system builds on the impressive appetite of a Black Soldier Fly (BSF) larva that after about a month becomes a pupa and a black fly that only lives for 8 days.

The first year of the project is a design and experimental period aiming at assessing the viability of the BioBed idea an develop a conversion kit that is accessible and affordable to the lowest income groups, especially in urban areas.

Ten existing SanPlate latrines will be converted to the BioBed system. The aim is to minimize pit emptying. 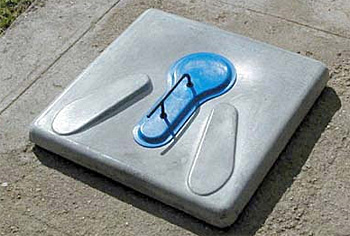 The SanPlat latrine slab developed by Björn Brandberg of which some 4-5 million example has been sold mainly in Africa.

Conversion kit
Following this development phase, an implementation strategy will be developed and tested. This includes the training of up to 20 social entrepreneurs that make a business out of selling the conversion kits.

The final phase is further development of the conversion kit and a roll out strategy for large scale application.

The targeted experimental area is a representative strip in Maputo, Mozambique, crossing three barrios. The neighborhoods the most congested and poorest settlements as well as richest' and best organized.

Profit making at all levels
In order to secure sustainable operation the implementation will, from the onset and onwards, be applying commercial principles where profitmaking, at all levels, is seen as a success criterion rather than a limiting conflict of interest.

About Via Water
Via Water is a cooperation between education institute Unesco-IHE and development aid foundation Aqua for All, and is being funded by the Dutch Ministry of Foreign affairs.

Its programme supports innovators in Benin, Ghana, Kenya, Mali, Mozambique, Rwanda and South Sudan, to get viable solutions for urban water problems to the next stage.

About SanPlat
SanPlat is a 60x60 cm latrine slab developed by the Swedish sanitation engineer Björn Brandberg who has been involved in a low cost sanitation in Africa and Southern Asia for over 30 years.

His SanPlat System has gained acceptance all over Africa and some 4-5 million SanPlat latrines have been built in over 20 countries.

In Maputo, Mozambique, where the peri urban sanplat system was born, sanitation coverage now is close to 100 percent.

This news item is based on information published on the website of Via Water.