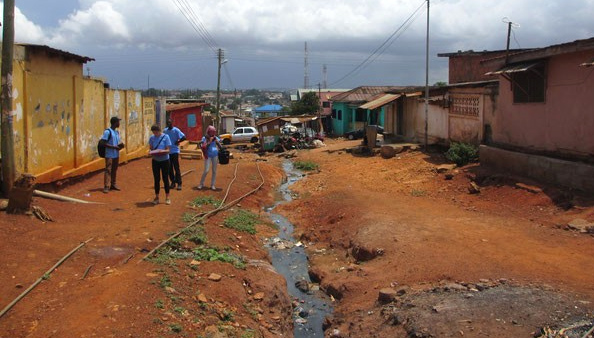 Floods in Accra, Ghana, are caused by a combination of factors, including the poor construction of the drainage system and waste disposals in the drainage canals.

This was the outcome of a flood risk assessment conducted as part of a project funded by the Via Water programme.

The assessment was based on flood risk mapping with data collected via social surveys and stakeholder consultation.

The study was a co-operation between students from the universities of Delft University of technology (the Netherlands) and Kwame Nkrumah University of science and technology (KNUST, Ghana) and Dutch consultants HKV Lijn in Water, Witteveen+Bos, Berenschot and Colan. 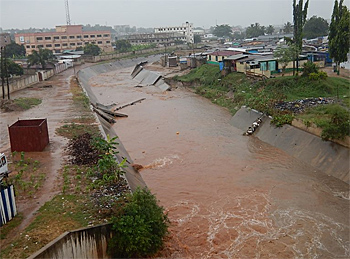 Poor condition of the storm water canals in Accra, Ghana.

Insufficient drainage capacity
The flood risk assessment suggested that the main influence on flooding of Ghana's capital city comes from imposed downstream water levels and not from the rainfall in the pilot area itself.

The high heterogeneity in drain types creates hindrances and makes it difficult to predict the water behavior. At specific bottlenecks such as culverts and erosion paths, the capacity of the system is insufficient.

Blockage by waste disposal
On top of this limited capacity, waste disposal and accumulation in the drains causes blockages and decreases the capacity especially in low-lying areas.

Siltation occurs along the entire drainage network, especially in the major drains and flat areas.

Based on the hydrodynamic model, however no clear conclusions could be drawn on the effects of waste and silt accumulation, given the misrepresentations of the storage capacity of the water system.

All these factors, within a scenario of increasing climate variability and more intense rainfall, have been considered in this study to analyze the flood risk and assess the causes of urban flooding in a pilot area in Accra. 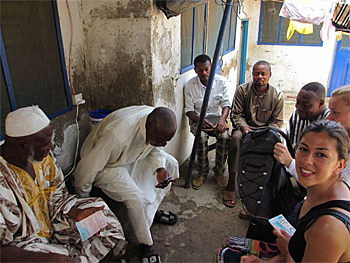 An additional aim of the project was to develop a methodology for urban flood risk assessment that can be applied in other African cities facing similar issues.

The project was a co-operation between students from the universities of TU Delft and KNUST (Ghana) and Dutch consultants HKV Lijn in Water, Witteveen+Bos, Berenschot and Colan.

About Via Water
Via Water is a cooperation between education institute Unesco-IHE and development aid foundation Aqua for All, and is being funded by the Dutch Ministry of Foreign affairs.

Its programme supports innovators in Benin, Ghana, Kenya, Mali, Mozambique, Rwanda and South Sudan, to get viable solutions for urban water problems to the next stage.

This news item was originally published on the website of Via Water.