Waterways Expo 2016: Polish-Dutch talks about revitalization of waterways in Poland 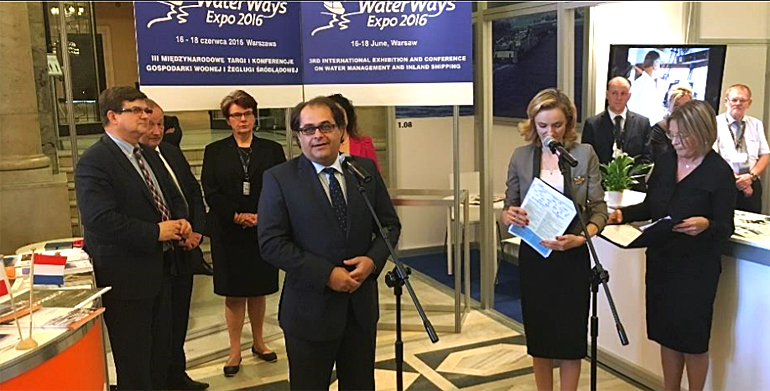 At the Netherlands Water Pavilion of the Waterways Expo 2016, Polish authorities and companies held several bilateral talks on the many infrastructural projects the Polish government has been planning including the revitalization of its inland waterways.

Polish minister of maritime economy and internal waterways, Marek Gróbarczyk, opened the third edition of the event on water management and inland waterway shipping. In his speech, he stressed that the restoration of navigation on the Polish rivers and revitalization of the waterways is one of the top priorities of his ministry and the Polish government. 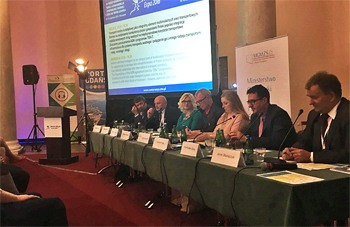 Polish inland waterways were the main topic at the conference.

Special purpose consortia
Minister Gróbarczyk pointed out that very recently the Polish government approved the Development strategy of inland waterways in Poland for the years 2016-2020 with a vision till 2030.

Gróbarczyk mentioned the need to set up the special purpose consortia, which will deal with the implementation of the recently adopted strategy.

"The cost of the investments included in the strategy is estimated at 16.5 billion euro", he said.

European examples such as the Central commission for navigation on the Rhine and Moselle (CCNR) will be used for realization of the strategy. 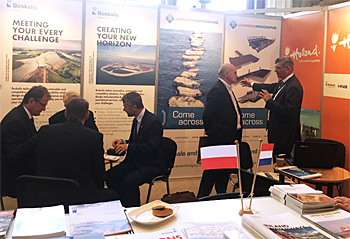 Water Investment projects
The plans of the new Polish government include numerous coastal projects on its 770 km long coastline. Furthermore the capacity of three major ports will be increased.

The biggest part of the water plan, however, concerns the revitalisation of the inland shipping. For the national government has earmarked 75 billion Polish zloty (16.7 billion euros).

This budget does not include additional funding by private or local investors who are increasingly aware of the benefits of having waterfronts, marinas and waterways.

Investing in inland water infrastructure, planned by the Polish government, is an issue that will affect Poland in the coming years, including regional development, living standards, flood and drought security, and energy security. 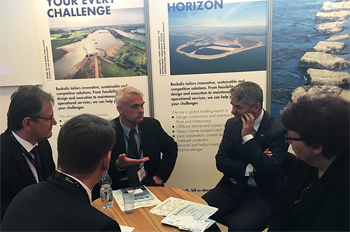 Strong Dutch participation
The new strategy for the inland waterways is regarded a huge challenge for Poland, which currently represent largely a 'blank spot' on the map of Europe's inland waters.

The plans were the major topics at the Waterways Expo 2016 where the Dutch water sector was strongly represented.

The pavilion was organized by NWP in partnership with the Dutch Embassy in Warsaw.

The next edition of the Waterways exhibition and conference is scheduled for June 2017. In addition, the BaltExpo International maritime exhibition & conference, will be held in Gdansk, Poland, in September 2017.

Interview (in Polish) with Polish minister for maritime affairs, Marek Gróbarczyk at the opening ceremony of Waterways 2016.