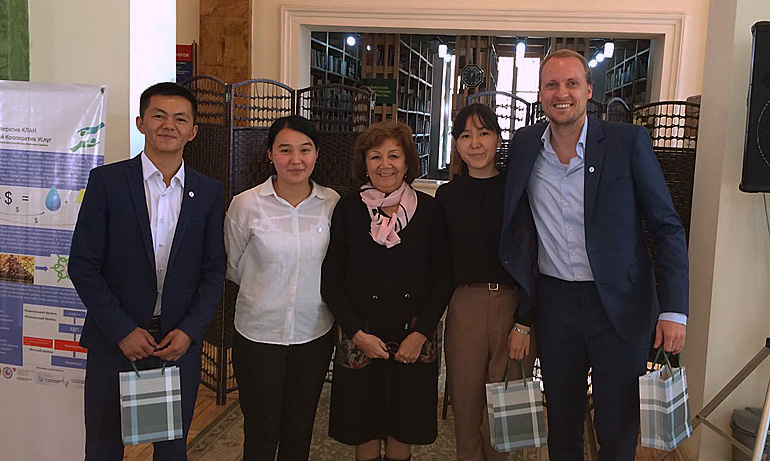 ‘Producing electricity to provide funds for water infrastructure by reinvesting money to be used by local farmers, instead of import and loans’, grabs the core of the concept for financing the irrigation sector in Kyrgyzstan, said the jury when it announced the winning Russian-Dutch team of the Wetskills Water Challenge in Kyrgyzstan.

The final of the challenge took place at the Kyrgyz National Agrarian University in Bishkek on 26 October. 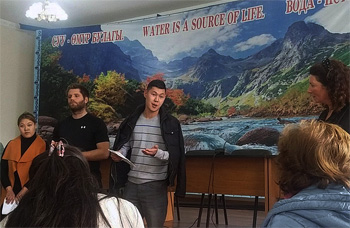 Students and young water professionals from the Netherlands, Germany, China and Kyrgyzstan pitched their ideas on how to solve real water problems in Kyrgyzstan.

Aging irrigation infrastructure
Kyrgyzstan is a water abundant country but its Infrastructure for irrigation, like canals and pumping stations, often date back to the Soviet era in the 1950s.

Because the infrastructure is so old, systems are in dire need of rehabilitation to prevent further deterioration of the irrigation infrastructure.

To be able to finance the modernization, the winning team (on top photo) came up with a concept to fund investments in the Kyrgyz water sector, focusing on hydropower development and the use of crowdfunding.

The concept suggests the creation of water reservoirs, owned by farmers, for the production of hydropower to generate income. The water in the reservoirs can be used by the farmers for their own irrigation.

Transparency to potential investors
The interesting aspect is that the team considers crowdfunding as an important element to create ownership for farmers and generate more transparency.

This can attract more international investors, although the team especially eyed the diaspora of Kyrgyzstan. Living outside the country, these former inhabitants of Kyrgyzstan are keen to invest in and support their home country. 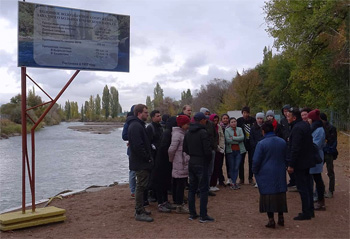 One of the field trips to an irrigation area where the participants had meetings and discussions with the farmers.

The jury had a hard time choosing a winner between the five water-related out-of-the-box solutions of the 25 students and young professionals from the The Netherlands, Germany, China and Kyrgyzstan.

About Wetskills
The Wetskills Water Challenge is a two-week pressure cooker programme for students and young professionals with a passion for water from all over the world.

In transdisciplinary and transcultural teams they work together on water-related challenges. Their assignment: develop innovative and out-of-the-box solutions for water challenges in a fast-changing world. The challenges are real life and cover local cases from companies and (governmental) organisations within the water sector.

This news item was originally published on the websites of Wetskills and Kyrgyz National Agrarian University (in Russian only).