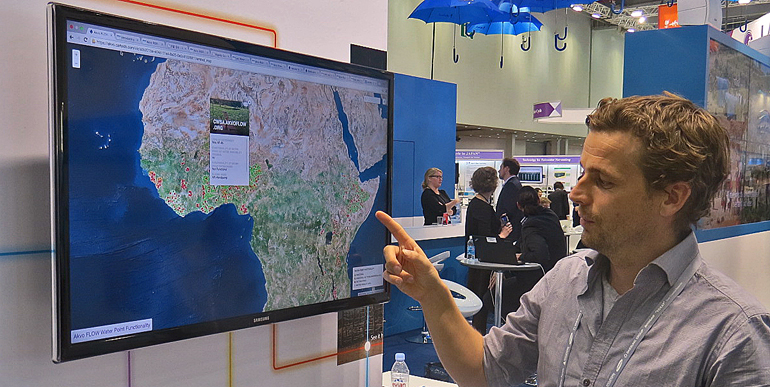 At their booth at the 7th World Water Forum in Daegu, Korea, non-profit IT-organisation Akvo Flow announced that it has passed the mark of one million surveys, many of which concern water and sanitation infrastructure and services in remote areas in Africa and Asia.

Akvo facilitates the surveys that are being done by local people with their smart phones. The data is remotely collected, evaluated and displayed openly on internet.

Since 2010 1,150,000 surveys have been made. 60% Were related to water. Other surveys include health, education, agriculture, energy, forestry and nature conservation. 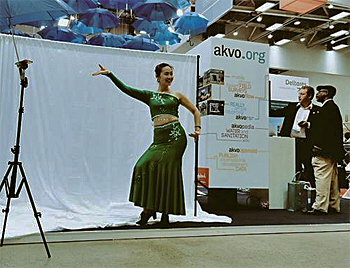 Allways something going on at the Akvo booth, such as the popular hero shoots

Share data publicly
Now Akvo operates in 37 countries with local governments and many partners. “Many of our partners are willing to share data“, Peter van der Linde (top photo), co-founder and regional director of Akvo based in Singapore said. “Many of the partners that use our tools are willing to share data that is not private or sensitive publicly, so it can support the common good.”

Water data on global map
Van der Linde: “It enabled us to develop a global map showing key water functionality data for 126,251 water points that are being monitored with our tools. We are working hard with all our global partners to get formal approval to openly share the underlying data sets over the next months, so it can be accessed, analysed and used by all interested individuals.”

“It is too early to draw conclusions, but these efforts of collecting and sharing data openly at scale will, we believe, help all of us to do a better job and move towards safe water and sanitation for all.” 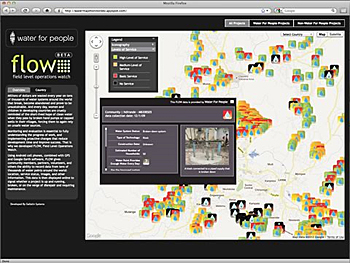 Example of the data display of a water point.

On the remaining 2 percent there is no data on the functionality of the water point.

Akvo developed a multi-language tool for collecting, evaluating and displaying any quantity of geographically referenced field data - using smartphones and an online dashboard.

About Akvo Flow
Akvo is a non-profit IT-organisation that builds open source internet and mobile software which is designed to support international development partnership networks, and make cooperation and aid activity more effective and transparent.

One of its activities is Akvo Flow that uses an IT-tool specially built to monitor and evaluate activities in diverse locations that are often remote or lacking reliable basic infrastructure. It is designed to understand what is really happening in the field.

Akvo Flow's full online world map can be found on the Akvo website.

This news item is based on the web blog by Peter van der Linde. See here for more 'heroshoots' at the Akvo booth.