What are you looking for?
Image
News Urban resilience 1 April 2019

Drinking water supply is up and running again in Beira, Mozambique

It took two emergency generators to get the drinking water supply of the city of Beira back into operation, following the failure of all electricity and communications when the devastating cyclone Idai hit the Mozambique harbour. 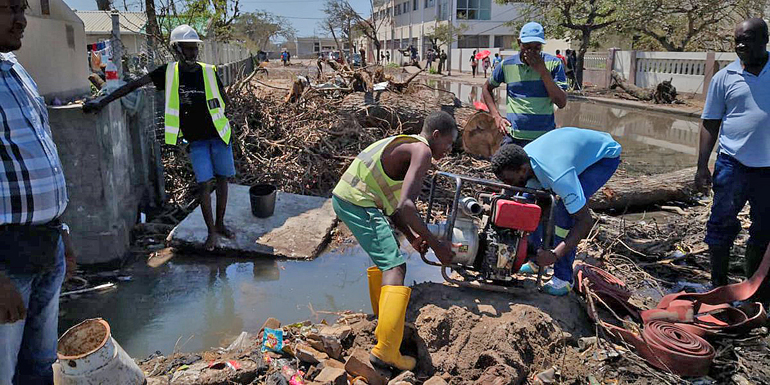 Cyclone Idai made landfall in Beira on 15 March, with winds that brought huge rains and submerged villages as it moved inland towards Zimbabwe and Malawi. The official death toll has risen above 500 people and many people are still reported missing in Mozambique and Zimbabwe. 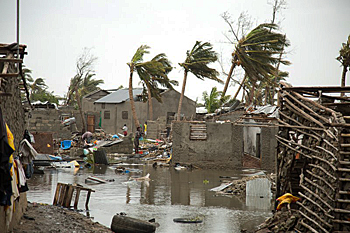 The City of Beira is almost completely destroyed by cyclone Idai. (photo: IFRC)

Heavily hit
The city of Beira (300,000 inhabitants) has been affected heavily by the cyclone, approximately 90 per cent of the area is completely destroyed.

A production station, 60 km outside of the city was heavily damaged and generators had to be put in place to get the production working again.

Several Dutch water experts could assist in this emergency operation as they were already present in Mozambique as part of a support programme by the Dutch government to FIPAG, Mozambique's national water company.

“A miracle has happened“, says Wilco van der Wal, Resident Project Manager of Dutch consortium VEI in Beira. After seven days the drinking water supply for the city of Beira was up and running again with emergency generators.

According to Van der Wal the next step is to get the regular system working. "Together with FIPAG, we developed and rolled out a step-by-step plan to restore water intake from the source and to put the transport pipeline back into operation." 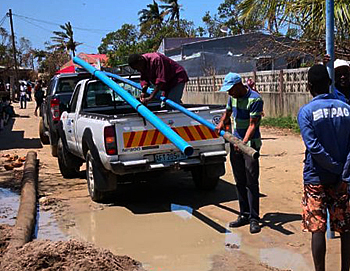 Pipe materials and fittings can be used that were already in place for a regular maintenance project by Dutch consortium VEI. (photo: Water for Life).

Broken pipelines
However, much is broken in the pipeline network. This is not only caused by Idai, but also by people who dig up pipes and break them in order to gain access to drinking water. With additional teams, VEI is working with FIPAG on public taps and the restoration of the pipeline network so that everyone can have access to drinking water again.

For these repair works, pipe material and fittings can be used that the VEI consortium had already put in place before cyclone Idai hit Beira for a regular repair work on the drinking water distribution network.

The main concern at the moment is the outbreak of cholera that relates to the breakdown of sanitation and heavily polluted puddles that have remained in the city.