Together with the Broward county and South Florida Water management district, Dutch research institute Deltares held a workshop to analyse cascade effects on critical infrastructure in South Florida, caused by natural hazards such as floods.

The workshop was part of a NOAA climate change project and took place in Delft, the Netherlands, on 27 January.

The last time Florida was severely hit was in September 2016 when hurricane Matthew passed along the coast, damaging many coastal roads (see top photo). 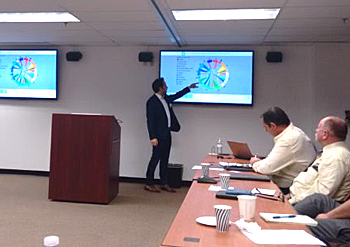 During the workshop, the tool can generate important information without the necessity to supply that information in a precise GIS map.

Casual links
For example, a 25 to 50 centimetres of water rise, can cause short-circuits in network control cabinets and, as a result the electricity supply fails, and back-up facilities on industrial areas are needed for three days. These relationships are known as ‘causal links’.

The database supporting CIrcle collects these links and uses them in combination with flood models and open data to visualise the cascading effects. These results can then be presented immediately and assessed by the participants. 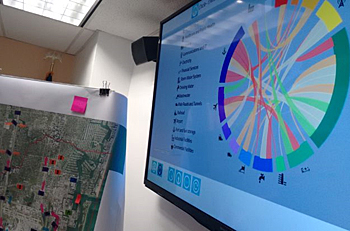 In a second workshop this basis will be visualised in our interactive modelling environment in which the stakeholders can understand how vulnerable objects and networks can influence other networks and they can test the effect of certain measures.

In the end the project will use the knowledge, expertise and data for creating better understanding of the resilience in the area.

Micheline Hounjet, expert on critical infrastructures at Deltares: “The biggest challenge during these kind of workshops is to persuade stakeholders to be open and share information with each other. Only by working together and to see the bigger picture, beyond your own company or region, more effective measures can be taken”.