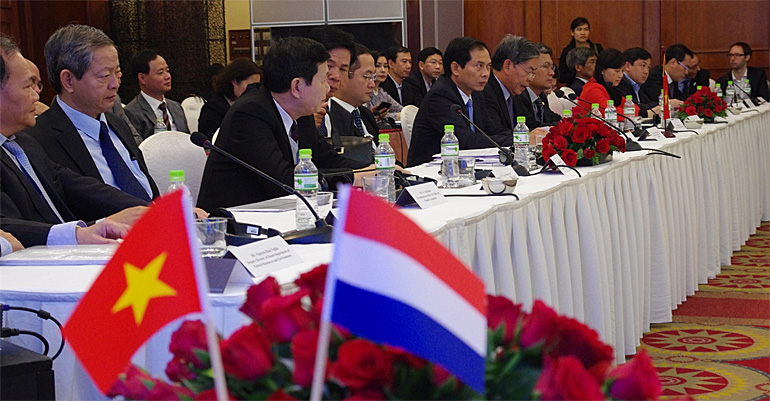 The Deputy prime minister called up on the Netherlands during the 5th meeting of the Vietnam-Netherlands intergovernmental committee on climate change adaptation and water management.

This meeting took place in Hanoi on 30 March and was attended by Dutch minister Melanie Schultz van Haegen of Infrastructure and the environment.

On the occasion of the meeting Vietnam and the Netherlands signed several new cooperation agreements on climate adaptation and water management. 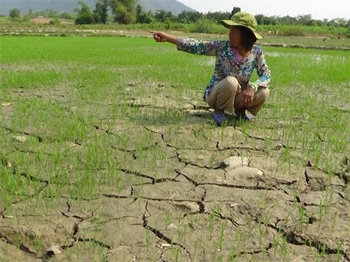 Extreme drought
Vietnam has urged for Dutch collaboration in intensive research into solutions to preserve water in the Mekong Delta, which is facing severe drought and saltwater intrusion.

Since November the south of Vietnam is coping with very dry weather and the water levels on the rivers that flow into the Mekong are extremely low.

This causes not only water scarcity but also intrusion of salt water from the sea. Local rice farmers and water utilities are faced with high salt concentrations in their water intake.

The drought is expected to prolong till at least May or even July if the region lacks rain.

The deputy prime minister Nguyen Xuan Phuc said he hopes that the Netherlands will continue sharing experience and proposing measures to support Vietnam in human resources and technical assistance in coping with climate change. 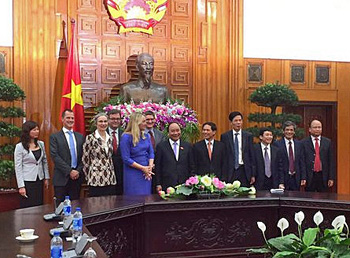 Leading in sustainable water management
Since 2010, the Netherlands and Vietnam have had a strategic agreement on the implementation of a sustainable long-term climate adaptation approach for the Mekong delta and Ho Chi Minh city.

Vietnam uses the Delta approach that is based on integrated water management as a reference. Together with Bangladesh, Vietnam is considered a leader in translating this approach for use worldwide.

The Mekong Delta is one of the world’s most vulnerable in terms of the consequences of climate change. Seventeen million people live there.

Ho Chi Minh City too is dealing with the effects of climate change such as heavy rainfall, drought and flooding. The delta city is home to some eight million people.

The Deputy prime minister appraised the achievements in the Vietnam-Netherlands Intergovernmental Committee meeting, affirming to direct ministries and agencies to closely follow cooperative contents of the strategic partnership agreement on climate change adaptation and water management.

Get the job done
Dutch minister Schultz also praised the cooperation agreement, mentioning that it sets an example for the world. “The Mekong Delta Plan in particular is attracting a lot of attention from delta countries like Bangladesh and Myanmar as well as international partners like the World Bank. It is now time to put the plans into action, commence the project and get the job done.” 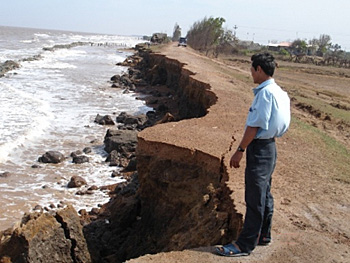 Coastal erosion
Additionally minister Schultz talked about the problem of coastal erosion with deputy minister Thang of Agriculture and rural development, who is responsible for water safety.

The Dutch method of sand replenishment can provide solutions in this regard.

Minister Schultz also had talks with the United Nations Development Programme (UNDP) representative in Vietnam, as well as with the World Bank and the Asian Development Bank.

The World Bank already has a 300-million-dollar project under development which flows directly from the Mekong Delta Plan that was jointly drawn up by Vietnam and the Netherlands.

All these parties are working with Ho Chi Minh City on sustainable water management solutions. On account of the historic drought in the south of Vietnam, minister Schultz spoke about the way in which the Netherlands deals with drought and saltwater intrusion.

The municipality of Rotterdam presented the results of the cooperation between the two delta cities in the area of climate adaptation.

This news item is based on publications on the websites of the Dutch government and Vietnamese government.

More information
Ministry of Infrastructure and Environment
The Hague, the Netherlands
+31 70 456 00 00
www.government.nl/issues/water-management