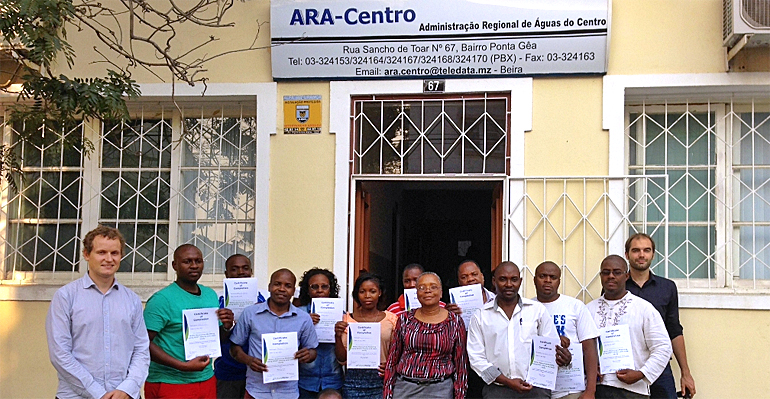 The training focused on the Spatial processes in hydrology (SPHY) model, and took place at the premises of ARA-Centro in Beira, Mozambique, late July. 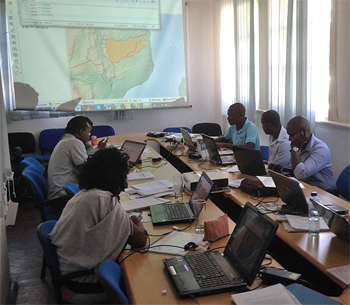 This knowledge put into pracitice and participants were learned how to build a SPHY model for a case-study of the Pungwe river basin.

For two days the participants were actively working with the model on their own laptops. Using the course manual they were able to setup the model step-by-step, and eventually used the model to evaluate some scenarios.

Specific river basins
The last two days focused on building models for river basins that were potentially interesting to their own regional water board. The ARAs started building a SPHY model for the following basins:
● Save (ARA-Centro)
● Buze (ARA-Centro)
● Messalo (ARA-Norte)
● Licungo (ARA-Centro-Norte) 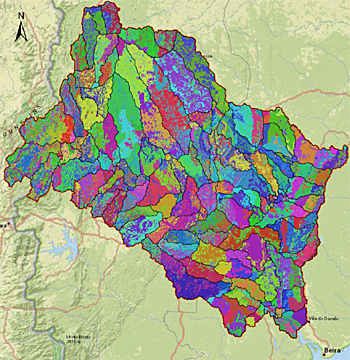 The SPHY-model of the Pungwe river basin identifies 2.349 hydrological units with unique combinations of land use, management and soil atrributes.

Hand-out of certificates
The theoretical part was successfully evaluated by an examination on the last day, and a certificate of completion was handed to all participants.

The ARAs will continue to work on building and improving these models during the coming months.

The models will eventually be evaluated during the last block of training scheduled in December 2015.

The training was funded by the Dutch organisation for international cooperation in higher education, Nuffic, that conducts the Tailor-made training programme to enhance the overall functioning of an organization by training a selected group of its staff members.

About SPHY
The Spatial processes in hydrology (SPHY) model is a hydrological modeling tool suitable for a wide range of water resource management applications.

SPHY is a state-of-the-art tool, that can be applied for operational as well as strategic decision support.

The SPHY modeling package is available in the public domain and only uses open source software.

SPHY is developed by FutureWater in cooperation with national and international clients and partners.

This news item was originally published on the website of Future Water.