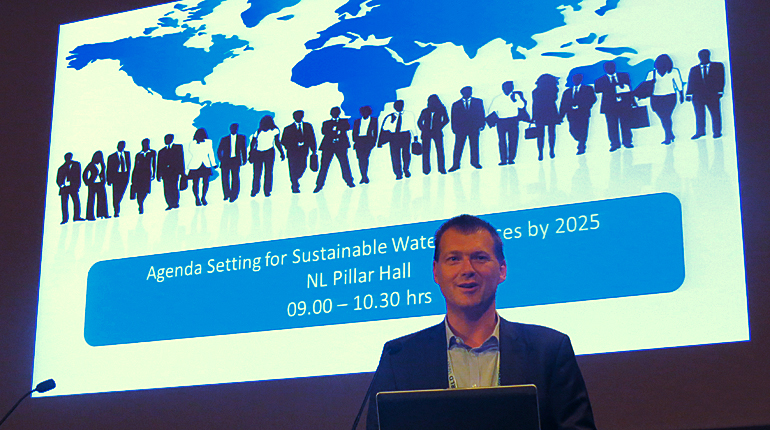 The world has over 100,000 water utilities that are constantly improving their operational performance. They are in need of money to invest in improvements but in less developed parts of the world investors turn down such requests. Investors want guarantees however the performance of the utilities are too poor to deliver such guarantees.

This dilemma was the main issue of the session organised by Vitens-Evides International (VEI) on the first day of the Stockholm World Water Week on 23 August.

Many utilities in the world are dominated by the central government and during elections politicians promise lower water tariffs to attract votes. This political influence makes it hard for utilities to improve their financial situation and achieve full cost recovery.

It was concluded that a better contact with the water users would be preferable, as it assures that the tariffs level fits better with the service offered. 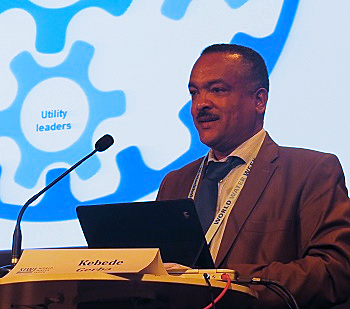 Ethiopian minister Kebede Gerba told the national policy for utiities in his country to go for full cost recovery,

National policy
Ethiopian minister Abe Kebede Gerba for water, irrigation and energy told that his country has 970 water utilities. During the past 15 years the utilities managed to increase the access to improved water from 50% to 80%.

According to Kebede Gerba his country has a national policy for the water utilities for full cost recovery. All costs must be covered by income from the tariffs.

The Ethiopian water minister was honest about it and told that none of the Ethiopian utilities has been able to realise this.

Getting out of every day’s problem
James Sanu of Water and sanitation corporation from Rwanda emphasized the importance of a fully integrated asset management, up to the level of decision making. He praised Vitens Evides International that assists his company to implement such management.

As Sanu putted it: it enables a utility to work more consistently on a sustainable water service, instead of only fixing every day’s problems. 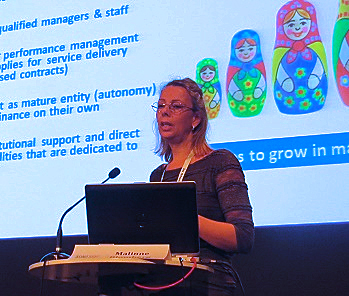 Direct loans to utilities
Malline Bloomberg of the African Development Bank disclosed that her organisation is really looking into the possibilities to directly lend to the utilities, instead of to the national government. At this moment this is still difficult and Bloomberg urged the utilities to grow into maturity.

“They can make the first steps to gain creditworthiness by showing good will and improve their cash collection, improve their budget expenditure, and reduce over staff. This shows their serious intentions”, Bloomberg said.

She advocated a benchmark that banks can use when allocating their funds. “Now funds are allocated to a country and not to a utility that deserves most.”