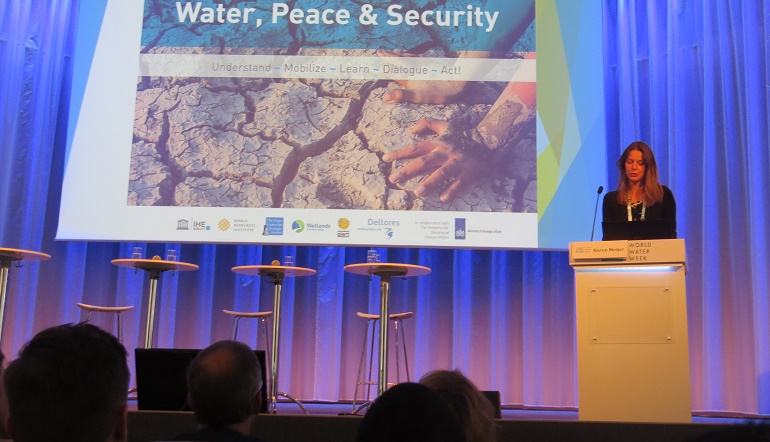 ‘If you ask an Israeli water authority for data on water abstractions and you do the same with a Palestine water authority, one gets the idea that they give you data on different aquifers’, said Natasha Westheimer of Quartet, a mediation organisation mandated by the United Nations, the European Union, the United States and Russia to support Middle East peace negotiations and to support Palestinian economic development.

Westheimer spoke at a session of the Stockholm World Water Week on 27 August organised by the Water Peace Security Partnership that pioneers to develop tools and services that can identify, and ultimately prevent, water-related conflicts.

The session made clear that reliable and real time data that is openly shared to all parties can be enormously important. It can objectively show how much water is available to all users in a catchment area.

The Water Peace Security Partnership is led by IHE Delft and participants are the World Resources Institute, Deltares, the Hague Centre for Strategic Studies, Wetlands International and International Alert. 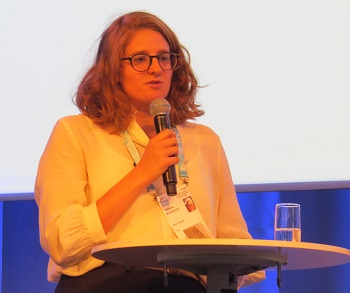 Natasha Westheimer of Quartet plead for reliable data on water scarcity for all  conflict parties.

The session showed that there is a still a long way to go. The link between water scarcity and conflicts is very complicated.

Machine learning algorithms
Liz Saccoccia of the World Resources Institute gave an update on the development of the building of a model on water scarcity and conflicts. Started in 2018 and it is now in the phase to do the first testing and discover the real hot spots. Saccoccia reported that the model picked up the first signs of the famine from drought and floods in Madagascar, the beginning of drought in Somali, and early warnings of water crises in South Africa.

Karen Meijer of Deltares explained that scientific research also focusses on the cause-effect relation between water scarcity, conflicts and migration. ‘It is very complex and there are many uncertainties. So, we intend to make the model relations very transparent and open for discussion’, Meijer said. 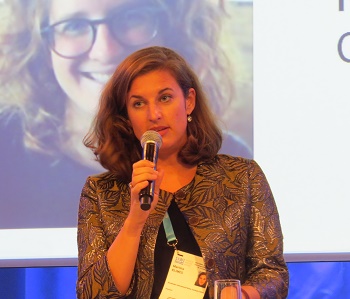 Martina Klimes of SIWI suggested to include militairy organisations in sharing data on water scarcity in conflict areas.

Involvement of military
Several groups have already been identified to be potential users of the data sets and the tools. During the session the focus was on three of them: development organisations, diplomats and military organisations.

In general, the presence of military is debated as it can fuel up a conflict.

Martina Klimes of the Stockholm International Water Institute (SIWI) noticed the importance a military presence can have in hot spot areas.

‘They can safe guard logistics and they also have an engineering capability for water infrastructures. It is important to include the military as a potential user of the data sets and tools', Klimes suggested.