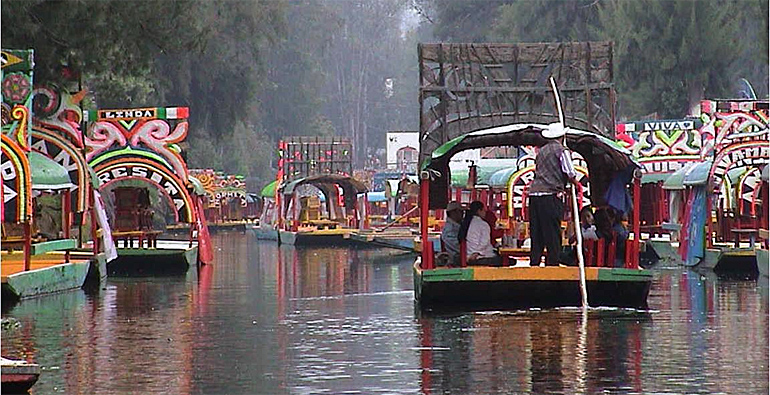 Universidad Autónoma Metropolitana (UAM) and Dutch research institute Deltares will contribute to the Resilience strategy for Mexico City. The contribution involves a plan for Mexico's borough Xochimilco to overcome its future water problems.

As a whole Mexico City faces a shortage of clean water and the regular occurrence of floods create many health problems.

Artificial islands
Xochimilco is one of the boroughs of Mexico City. Its old canals and traditional Chinampas - artificial islands - dating from the time of the Aztecs, are listed as a Unesco World Heritage site.

Today, however, Xochimilco has major problems with its water management. The original water system has totally changed and the traditional use of land has come under great pressure due to urbanisation and lack of sanitation. The latter results in poor water quality. 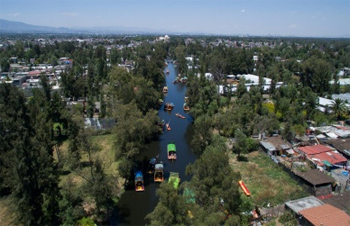 Severe subsidence
The area is regularly flooded and often suffers water shortages. Many of the residents of Xochimilco therefore have no running water or other facilities.

Following years of groundwater pumping, the land has subsided considerably causing a great deal of damage to houses and infrastructure.

Integral water models
With the existing knowledge and data about Xochimilco available from Mexican knowledge institutes, local governments and other interested parties, Deltares plans to produce integral models of the ground and surface water system.

With these models, the borough will be able to improve its future water management.

Alongside a representative from Mexico City, Deltares will also be presenting the Deltares contribution to the resilience strategy for this mega city. Just prior to Habitat III, Deltares and Mexico City reached agreement about this plan.

This news item was originally published on the website of Deltares (also in Spanish).